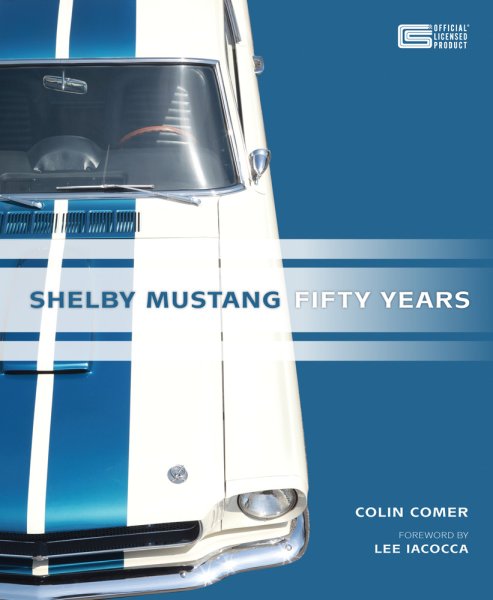 From the original Shelby Mustang GT350 to today's 1.000 horsepower GT500, Carroll Shelby, Shelby American, and the Ford Motor Company have defined high-performance with their Shelby Mustangs. Shelby built his Mustangs from 1965 until 1970, at a time when it seemed that the muscle car was a dying breed. Then an odd thing happened: people began to realize the classic nature of the car almost as soon as Shelby stopped building them. After a much-too-long hiatus, in 2006 Carroll Shelby was back with Ford and production of new Shelby Mustangs began for the first time in 36 years. Today, Shelby Mustangs of all eras remain at the top of almost every gearhead's list and with good reason-they are America's premier do-it-all pony car.

This book is a celebration of these magnificent machines and covers every iteration from the raw 1965 GT350s to today's Shelby 1000 monster and the men that made it all happen. Created in cooperation with the Carroll Hall Shelby Trust and officially licensed by Carroll Shelby Licensing, Inc., The book is lavishly illustrated with rare, historic photography and modern color images to chronicle the story of these amazing cars, from the initial collaboration with Ford to today's record-setting high-tech muscle cars.

The foreword and tribute to Carroll Shelby by the "Father of the Mustang" Lee Iacocca rounds out this love note to America's premier performance car. No Mustang fan will want to miss it.