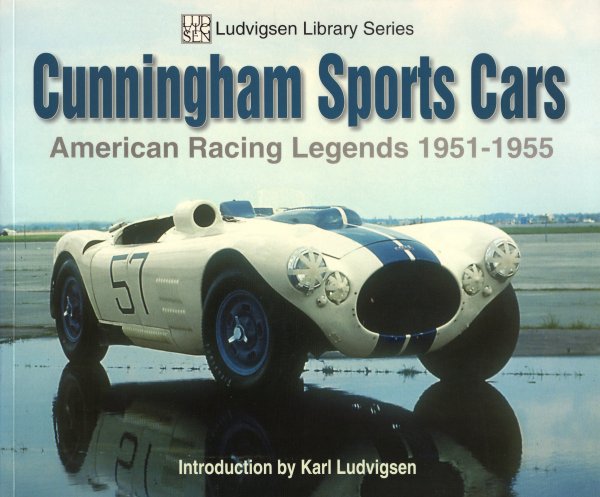 Time magazine cover hero and America's Cup yachtsman Briggs Cunningham cut a swathe through the post-war sports-racing scene with his magnificent Cunningham sports cars. Bursting into view in 1951 with his Chrysler-powered C-2 sports-racers and in 1952 with the production of the C-3, a Vignale-bodied car built as both a coupe and a cabriolet. The C-4R was his 1952 racer, still Chrysler-powered, which performed well at Le Mans and was all but unbeatable in American racing. The C-5R of 1953 was a challenger to the Jaguars at Le Mans. In 1954 Cunningham raced a much-modified Ferrari with water-cooled brakes and in 1955 introduced his C-6R.

Fabulous unpublished pictures from the Ludvigsen Library show these great cars on the track and at rest. They carried the American flag at home and abroad with style and panache.