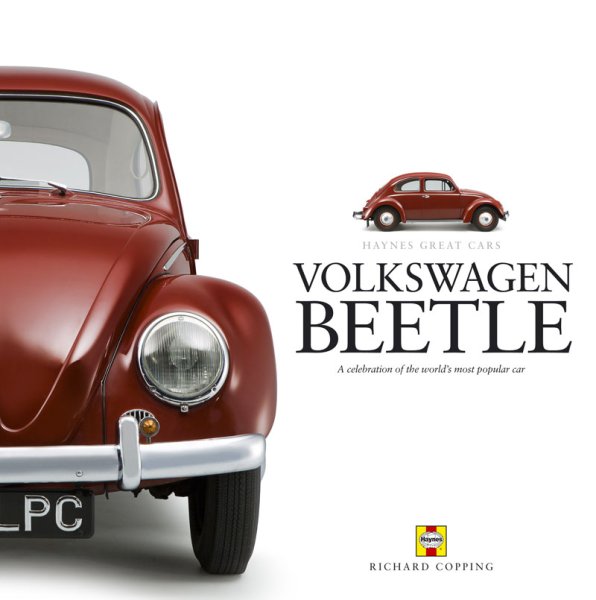 Beschreibung
Beschreibung
by Richard Copping The classic VW Beetle is renowned across the world for its endearingly... mehr
Menü schließen
Volkswagen Beetle #2# A celebration of the world's most popular car

The classic VW Beetle is renowned across the world for its endearingly unusual design, its rugged air-cooled longevity and above all the phenomenal numbers in which it was produced, not just in Germany but also in countries such as Brazil and Mexico. It is, truly, a "great car".

This beautifully presented book tells the Beetle's story, from its initial survival against the odds before, during and after the Second World War, onwards into the golden age of the 1950s and 1960s, through the difficult times of the 1970s and finally the sprightly retirement years. When production finally ceased in July 2003 a total of 21.529.464 Beetles had been built - a record unlikely ever to be equalled by a single model of the same basic construction.

The full model history of the Beetle is traced in meticulous detail and follows Volkswagen's policy of continuously improving its products, from the early split- and oval-rear-window models through to the later "Super Beetles", the impeccably finished Karmann Cabriolet and finally the Ultima Edicion, which rolled off the Mexican production line in 2003. In addition the author describes how the Beetle has been marketed through the decades, supported by examples of the wonderfully evocative artwork from the early years and the self- deprecating advertisements used to great effect in later years.

Illustrated with a combination of exceptional archive imagery and specially commissioned studio photographs, this is the uncut story of the VW Beetle. The expert author, Richard Copping, provides a lively yet authoritative reinterpretation of the story of the car that dominated the 20th century.