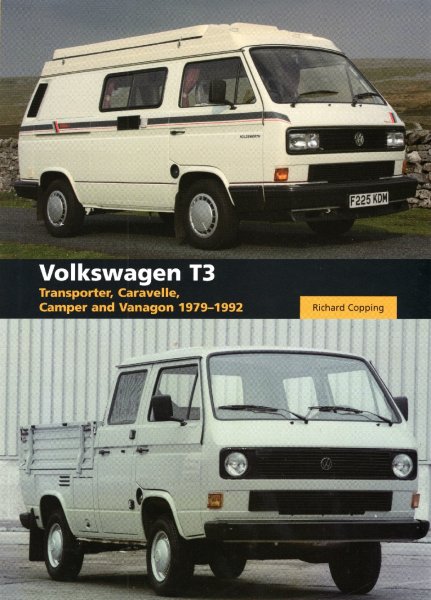 It has taken some time for Volkswagen's third-generation Transporter to gain the iconic status freely awarded to the first-generation "Splittie" and its successor, the "Bay". Now, however, the T3, also variously called the T25, "Wedge" or (less flatteringly) the "Brick", is well and truly established as part of the classic VW scene. In part, this has been down to the soaring prices and limited availability of the earlier models, but perhaps too the T3 has finally been recognized as a worthy successor to those venerable classics, and maybe even cherished as the last of the air-cooled Volkswagens.

Here, Volkswagen enthusiast and expert Richard Copping examines the whole story of the T3 from concept to the end of its production life; from the troubled years of the mid-1970s and the factors that led to the curious decision to retain the air-cooled configuration long after Volkswagen's production saloons had abandoned it, through the many improvements, derivatives and special models that enhanced the T3 range. Also included are full specification details, information on options and special equipment, and the popular camping conversions.

Illustrated throughout with archive and new photographs, this comprehensive and compelling history will be of interest to all VW enthusiasts.