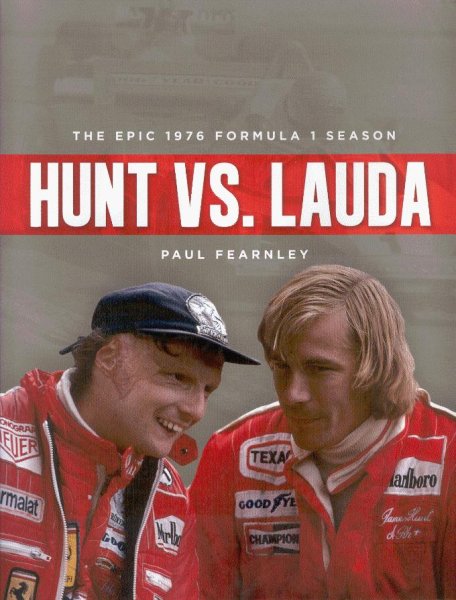 Beschreibung
Beschreibung
by Paul Fearnley Nearly 40 years later, 1976 is still remembered as one of the most... mehr
Menü schließen
Hunt vs. Lauda #2# The Epic 1976 Formula 1 Season

Nearly 40 years later, 1976 is still remembered as one of the most dramatic seasons in the history of Formula One. It pitted the sport's two greatest teams, Ferrari and McLaren, in a pitched battle waged at race tracks around the world - as well as in newspaper headlines and the courts. At the center of it all were two drivers who couldn't have been less alike: Ferrari's calculating champion Niki Lauda, and McLaren's brash, brilliant newcomer James Hunt. Their strikingly different personalities and intense professional rivalry should have made them bitter enemies, but they were actually good friends who shared similar family backgrounds and faced many of the same struggles in their early racing careers.

Hunt's intensity on the track and freewheeling lifestyle away from it made him an instant favorite with fans, especially on his home turf in England. In contrast, Lauda's analytical approach to racecraft and his detached attitude toward the sport itself were an unlikely match for the intensely political Ferrari team and its passionate Italian partisans.

The season began with Lauda poised to repeat his 1975 World Championship after a string of early victories. But Hunt and McLaren soon fought back with wins in Spain and France, followed by a controversial finish in Great Britain, where a near-riot ensued after the front-running Hunt was disqualified. Then everything changed at Germany's Nürburgring: Lauda suffered a major crash that left him with injuries and burns serious enough to merit last rites, and a racing career that appeared to be finished. It wasn't. Less than five weeks later Lauda was back in front of the Ferrari faithful at the Italian Grand Prix, badly scarred but ready to continue the fight for the title. In the end it all came down to the year's final rain-soaked race in Japan, where weather, will power, and politics would all influence the final result.

In this book longtime racing journalist Paul Fearnley delivers a riveting account of the 1976 season and the two rivals who made it so memorable. Illustrated with hundreds of rare photographs taken at the track and behind the scenes, this is the ultimate, real-life account of one of motor racing's greatest years. For readers who have just discovered the Hunt-Lauda story from the movie Rush, the book will reveal new facts and details of the real-life story that inspired the film.