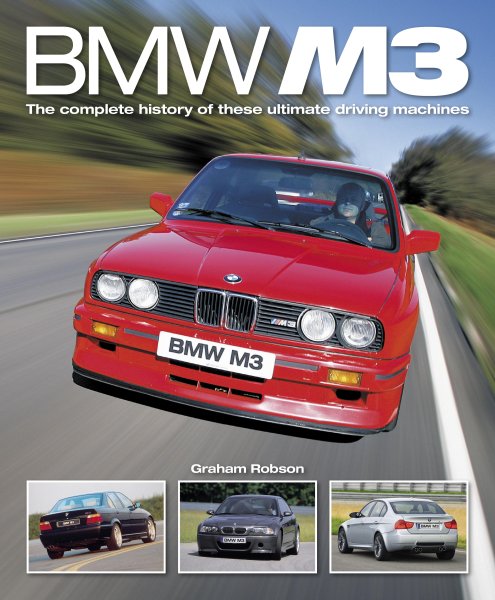 Beschreibung
Beschreibung
by Graham Robson Developed in the 1980s, the BMW M3 was intended to be the world's most... mehr
Menü schließen
BMW M3 #2# The complete history of these ultimate driving machines

Developed in the 1980s, the BMW M3 was intended to be the world's most successful racing saloon car. The M3 not only achieved that in its very first season of motorsport but went on to achieve lasting commercial success as a high-performance road car.

In the beginning, only 5,000 examples of the E30 M3 needed to be built to gain approval for use in motorsport, but before long that figure was left far behind. In the first 25 years of its life, the M3 was sold in several increasingly sophisticated generations, the 200,000 mark was eventually passed, and M3s - together with other M-badged models - have become a permanent part of BMW's impressive, high-tech range.

This book explores all aspects of the M3's history, including the race and rally successes worldwide, supported with full and detailed specifications for each of the model's first four generations. Coverage also includes panels outlining the personalities, the places, the events and the features that have shaped the M3's evolution over three decades.

Fully illustrated throughout, with a lavish array of colour photographs and magnificently detailed cutaway drawings of mechanical equipment, this comprehensive and authoritative book is a "must" for all BMW M3 enthusiasts.