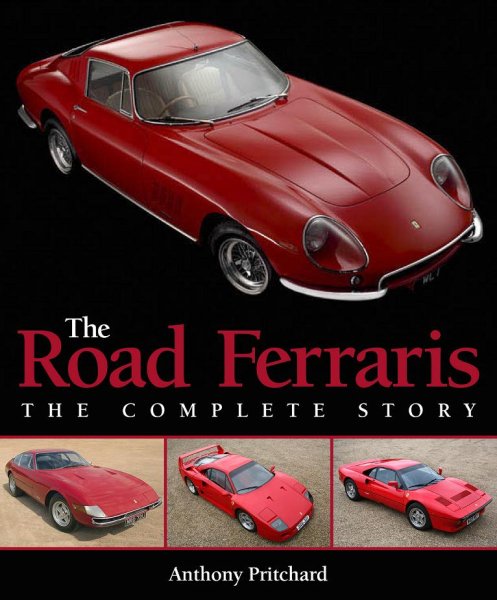 Beschreibung
Beschreibung
by Anthony Pritchard This major book provides a detailed record of all Ferraris built for... mehr
Menü schließen
The Road Ferraris #2# The Complete Story

This major book provides a detailed record of all Ferraris built for road use, production and prototype, from the 166 Inter of 1948 to the very latest models. There have been over 80 different Ferraris for the road and this handsome volume provides a wealth of information on them all.

The earliest road Ferraris were simply the company's sports-racing cars with detuned engines and closed bodies, and many years passed before the road cars became completely different from their racing counterparts. Throughout Ferrari's history, however, technology developed in motorsport - particularly in Formula 1 - has passed into road cars, and this process continues into modern times, exemplified by recent models such as the FXX and LaFerrari.

For the first 20 years of Ferrari's existence V12 engines powered the company's road cars. That trend was broken by the V6- engined Dino 206 of 1967, and then, in 1974, came the first V8 model, the 308 GT4, starting a bloodline of V8-engined road cars that has continued unbroken through to today's 458 ltalia and Califomia models, taking in classics such as 328 GTB, F40 and F430. But 12-cylinder models, whether V12s or flat-12s, have also remained ever-present in Ferrari's range, encompassing greats such as the Daytona, Berlinetta Boxer, Enzo and F12.

In this book each road-going Ferrari model is described in detail, with information on specification, performance, driving characteristics and design, supplemented for some key models by extensive quotation from road tests by authoritative contemporary sources. Over 400 illustrations are presented, including a fine selection of period imagery, supported by splendid colour reproductions from rare brochures of models such as the 250 GT and Daytona.