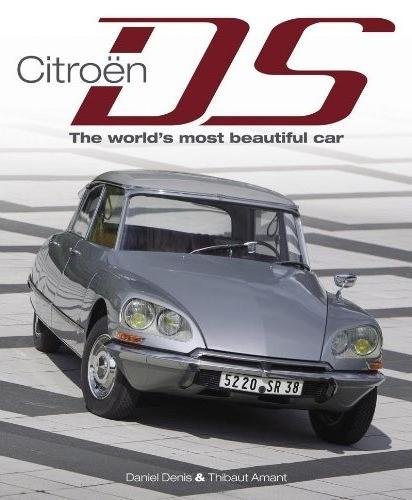 Beschreibung
Beschreibung
by Daniel Denis and Thibaut Amant No car has ever been quite like the legendary Citroen... mehr
Menü schließen
Citroen DS #2# The world's most beautiful car

by Daniel Denis and Thibaut Amant

No car has ever been quite like the legendary Citroen DS. Sleek, futuristic and packed with avant-garde technology, it stunned the world when it was launched in 1955 - and became a national emblem for a newly resurgent France. With its sculptural aerodynamic lines and "magic carpet" hydropneumatic suspension - and its powered brakes, clutch and gearchange - the DS was conceptually unique and deliciously seductive to drive. Much admired but never imitated, truly it has its own unique place in the history of the motor car.

Nearly 1.5 million of the DS and its sister ID were made over a 20-year career - and the car remained more advanced than any other production car when it was finally withdrawn in 1975. As well as the "basking shark" saloons there were also extraordinarily capacious estates and elegant coachbuilt convertibles - plus various special bodies.

This award-winning book, first published in French, is a lavish photographic tribute to this remarkable technical and aesthetic achievement. All the principal variants are illustrated in fine detail by top automotive photographer Daniel Denis, with an informative commentary by widely published journalist and author Thibaut Amant.

Models covered include the ultra-desirable haute-couture Chapron "specials" and such rarities as the Bossaert GT19, as well as the amazing presidential limousine built for General de Gaulle. For this British edition, fresh material has been added by Citroen authority Jon Pressnell, author of two books on the famous French marque. Detailed appendicesJ finally, chart the evolution of the DS over its long life, and tell the story of the British-built DS and ID models.