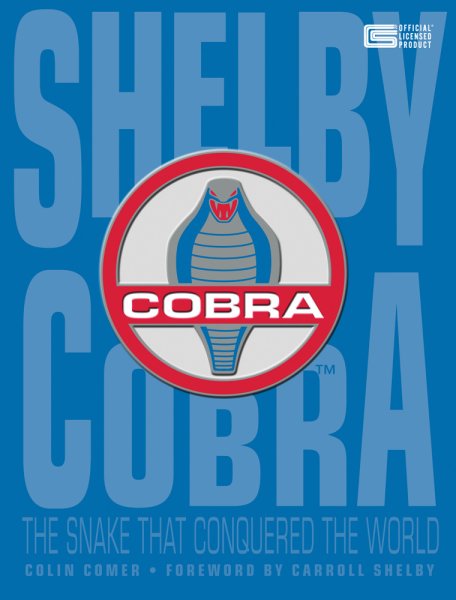 The book recalls the early 1960s when Carroll Shelby, a Texas chicken farmer turned champion race driver, had the audacity to think he could start his own car manufacturing company. To further emphasize the gargantuan proportions of his confidence, Shelby decided his company would manufacture nothing but ultra-high-performance sports cars, beginning with the landmark Cobra, introduced in 1962. To the amazement of everyone, except Ol' Shel' himself, Shelby Automobiles succeeded beyond anyone's wildest expectations, building cars that would provide benchmarks for performance that stand to this day and winning world championships in the process.

This book is a complete history of Shelby's Cobra sports cars and firsthand accounts from the people who made the car the legend it is today. It begins with the events that led up to Shelby's decision to build a high-performance sports car, continues with the story of the production Cobra street cars and racecars, and wraps up with Shelby's continuation cars and an all new chapter with tributes to Carroll Shelby from Chuck Cantwell, John Morton, Henry Ford III, Kati Remington-Blackledge, and others, as well as new and updated material.