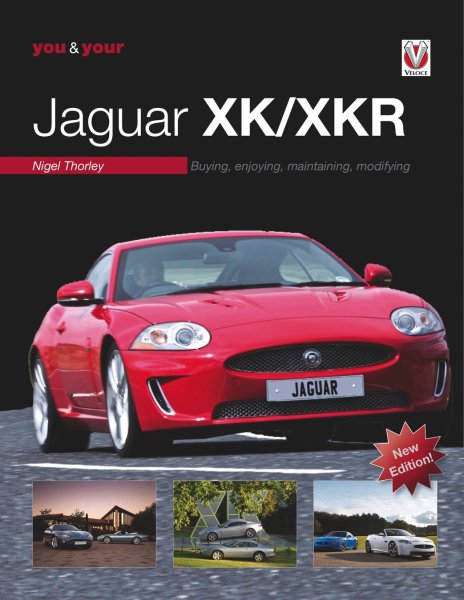 Jaguar's XK sports models were produced from 1996 to 2014 in two distinct forms: the original, steel-bodied cars and the later advanced technology aluminium-bodied versions. Highly significant for Jaguar, these cars reintroduced the world to Jaguar sports car motoring and, in doing so, echoed the success of previous icons, such as the E-type.

With no plans from Jaguar for a direct replacement, the XK and XKR are guaranteed to become much sought after models, which are already attracting keen interest from driving enthusiasts.

This new updated and enlarged edition is the only current title covering the whole model range in precise detail, and is a vital read – both to those who currently own an XK, and anyone contemplating purchasing one. This is a book that will interest all Jaguar enthusiasts and those interested in the history of Jaguar and its cars - the perfect XK "handbook".