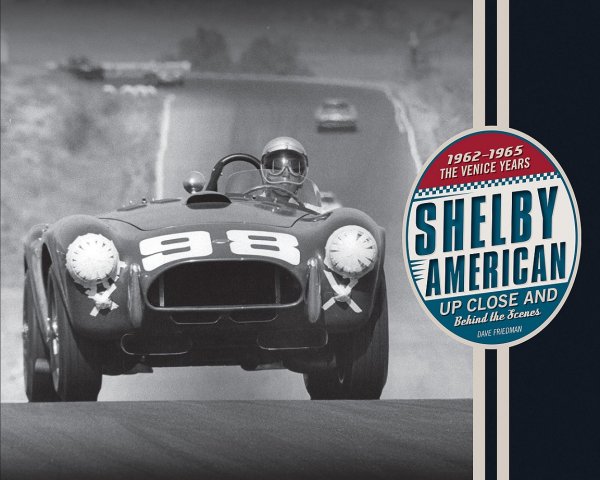 Beschreibung
Beschreibung
by Dave Friedman In 1962 retired racing great Carroll Shelby was looking for his next big... mehr
Menü schließen
Shelby American Up Close and Behind the Scenes #2# The Venice Years 1962-1965

In 1962 retired racing great Carroll Shelby was looking for his next big move. He'd started a racing school at Riverside Raceway in California, but he really wanted to build his own sports and racing car. He found a promising platform in the British AC Ace, and set about stuffing an American V-8 between the AC's dainty fenders. Thus was born the Shelby Cobra.

Shelby set up shop in Venice, California, later in 1962, marking the beginning of the classic Cobra era. It was a near supernatural combination of brilliant designers and wrenches, ever-faster cars, championship-winning teams and drivers, and sheer chutzpah.

The Venice shop spawned the 289 Cobra, Daytona Coupe, 427 Cobra, Mustang GT350, Sunbeam Tiger, and more. Eventually the Venice facility could not handle the work, especially when Ford tapped Shelby to create a high-performance version of its new and wildly successful Mustang. Moving to a larger facility and the closer relationship with Ford seemed to diminish the fast and loose nature of the original enterprise. Some of the mojo was lost.

This book takes the reader inside the Venice shop in the critical 1962-1965 period. Author/photographer Dave Friedman was Shelby's official shooter, and he documented everything from Cobra construction to paddock wrenching to race wins. The book is an insider's look via Friedman's documentary photography and first-person stories from Shelby's key players. It's a must-have review of this critical period in both Shelby's history and the history of American racing.