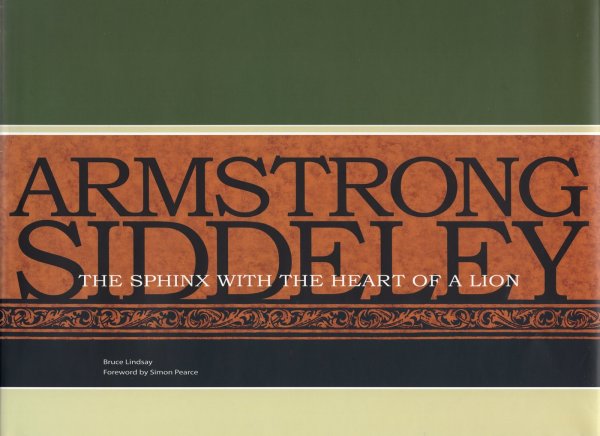 The Armstrong Siddeley marque has always possessed an aura of quality and respectability. Models built from 1919 to 1960 were consistently well-built, substantial, reliable and long-lived motor-cars which - at least in their home country - sold for not very much more than relatively pedestrian vehicles. You could not buy better for the money. The company's in-house coachbuilder produced a bewildering arrey of coachwork for all models produced before World War 2, augmented by specialist bodies designed and built by notable outsiders.

This book offers a comprehensive coverage of the body styles applied to Armstrong Siddeley cars, together with text which unravels the often-intersecting production priorities at Parkside and describes the evolution of the company's model range.

Responding to a call from the Armstrong Siddeley Owners Club for a compendium of the body styles attached to Armstrong Siddeley chassis, it illustrates from original sales catalogues, press photos and period illustrated advertisements all models from 1919 to 1960. These cars were however popular with specialist coachbuilders, who frequently produced one-off coachwork to clients' demands or modified standard bodies to accommodate special needs. Such bespoke coachwork is also included.