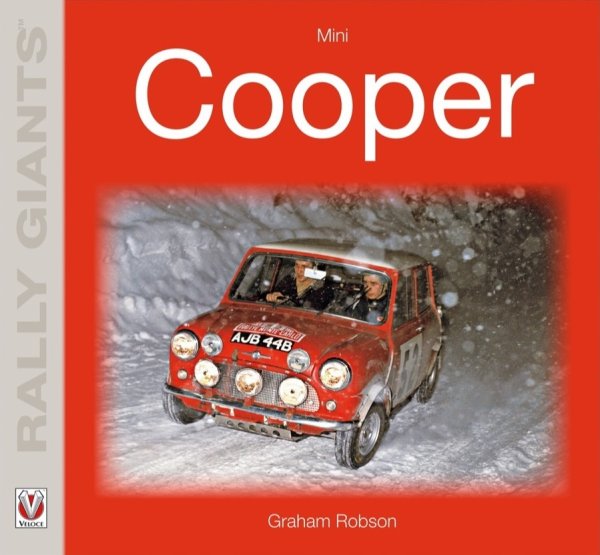 Beschreibung
Beschreibung
by Graham Robson This is a comprehensive study of the career of one type of rally car –... mehr
Menü schließen
Mini Cooper #2# Rally Giants

This is a comprehensive study of the career of one type of rally car – the BMC Mini-Cooper/Mini-Cooper S. In the 1960s the Mini became famous as Britain's most successful rally car. It combined superb handling, a tiny body shell, high-performance engines and the excellence of front-wheel-drive in an irresistible package. Not only this, but the works team included famous drivers like Paddy Hopkirk, Timo Makinen and Rauno Aaltonen.

The works Minis not only won the Monte Carlo three times – 1964, 1965 and 1967 – along with the European Rally Championship in 1965, but also won events all over the world. Because Minis were British, and well-promoted, they became seen as giant-killers, and were the people's favourite for many years. The car outpaced many of its rivals, and this book examines exactly who they were, and how they came to be defeated by the ‘mighty Mini.'

Even today, works Minis appear at every gathering of classic cars – and in 2009, Mini celebrates its 50th birthday. Packed with over 100 photographs, this book is a fitting and timely tribute to a much-loved Rally Giant.