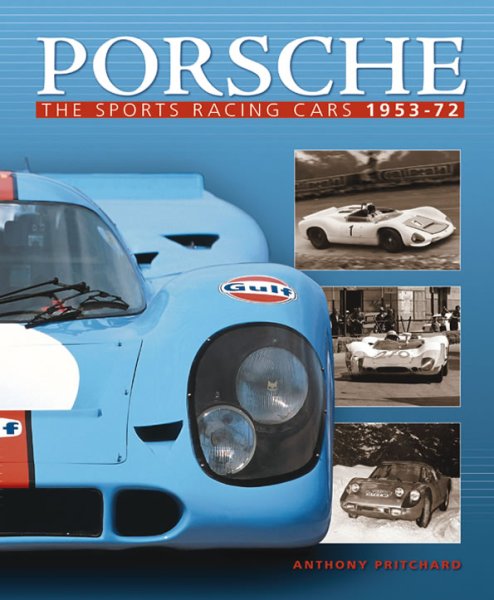 Beschreibung
Beschreibung
by Anthony Pritchard Porsche is one of the most successful racing makes since the Second... mehr
Menü schließen
Porsche — The Sports Racing Cars 1953-72

Porsche is one of the most successful racing makes since the Second World War. The direct descendant of Professor Ferdinand Porsche's design studio that was responsible for the first Volkswagen, the Auto Union Grand Prix cars of the 1930s and tanks for the Third Reich, the company produced its first Volkswagen-
powered sports cars in 1948.

Porsche competed at Le Mans with the original 356 touring model in 1951 and there followed a succession of purpose-built sports-racing cars that achieved glorious results worldwide. First came a range of very fast four-cylinder 1.5- and 1.6-litre cars that gained class wins in all the major sports car races - the Mille Miglia, Le Mans and the Nürburgring 1000 Kms - as well as an outright win in the 1956 Targa Florio road race in Sicily. Then Porsche developed a range of six- and eight-cylinder competition cars and soon the marque was fighting for dominance against the might of Ferrari.

Anthony Pritchard has followed Porsche racing for more than 50 years. In this comprehensive account, he describes and assesses the Porsche sports-racing cars, narrates the races and tells the full story of the marque's competition history. Special weight is given to the years 1968 to 1971 when Porsche strived for outright victory in Prototype racing. After disappointing defeats at Le Mans in 1968 and 1969, the mighty 917 competition sports cars were raced on behalf of the works by John Wyer's Gulf team in 1970 and 1971. Those were tumultuous seasons as Gulf duelled with Ferrari, as well as against other Porsche teams, and the leading 917 drivers, Pedro Rodriguez and Jo Siffert, battled rival teams and each other.

CanAm was also of great importance. The earliest 917 Spyders were no match for the Chevrolet-powered McLarens. But that all changed when Porsche introduced turbocharging and for two glorious years, 1972 and 1973, the Roger Penske 917s, driven by Mark Donohue and George Follmer, were always in control of this super-fast category.