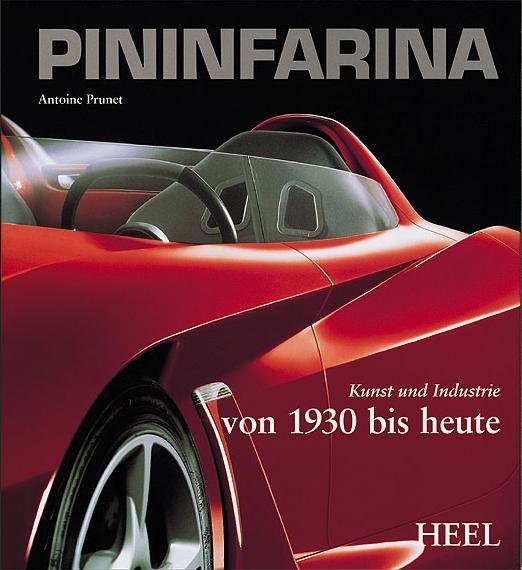 This beautiful book is the official history of the famous automobile design house Pininfarina, from the humble factory started in Italy 70 years ago to today's world-class manufacturing company with two plants and a research and development facility equipped with its own wind tunnel.

Intertwined with this success is the remarkable story of the founder Battista 'Pinin' Farina, his family's involvement in the business, and their management policy of development and continuity that has been faithfully applied over three generations.

Starting as a coachbuilder during the Depression, "Pinin" quickly came to prominence and employed 500 people by the outbreak of World War II. After the war an early distinction in 1947 was his revolutionary styling for Cisitalia. Since then his company has been closely associated with Ferrari road cars, designing 163 different types of Ferrari since 1952, including the 250GT coupe, Dino 246GT, Daytona, Testarossa, F40 and F50, and the current icon, the 360 Modena.

Italy's other car giants - Fiat, Alfa Romeo and Lancia - have also turned frequently to Pininfarina. Great Lancias include the 1951 Aurelia B20, 1955 Aurelia Spyder, 1975 Beta Montecarlo and 1976 Gamma coupe. Among the Fiats have been the 130 coupe of 1971 and the 124 Spyder launched in 1967 and later actually built by Pininfarina. The Alfa link stretches back to the 1955 Giulietta Spyder and includes the Duetto featured in the film The Graduate. There is a British association with production cars such as the 1958 Austin A40 Farina and 1963 Morris 1100, and a French one with a number of present-day Peugeots, including the 406 coupe, 205 and 106. Pininfarina's elegant styling can also be found on special-bodied versions of the Rolls-Royce Silver Dawn, Rover P4 and Jaguar XK120.

This book includes previously unpublished anecdotes and testimonials from anumber of prominent people who have worked with Pininfarina over the years. The meticulously researched text is supported with no less than 1.000 carefully selected archive photographs, designs and drawings.