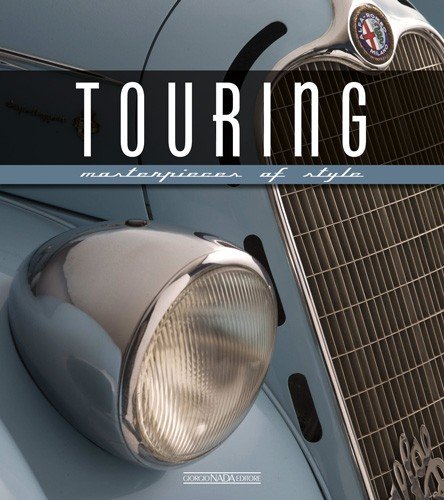 The fascinating history of Touring, a name of absolute excellence among the creators of Italian car bodies, told through a wealth of illustrations and brief texts. From the early 1930s until the mid-60s, Touring created true works of art. From the Milanese atelier that had in Felice Bianchi Anderloni his deus ex machina appeared a number of models that became authentic icons in the history of the automobile: that was the case with the admirable Flying Star, which was built on an Alfa Romeo 6C 1750 GS rolling chassis and an Isotta Fraschini 8, as were many other Alfas constructed with open and closed bodies in the years that preceded the Second World War. In that period, Touring brought to life its unforgettable Superleggera, cars of extraordinary fascination and elegance that were always the descendants of in-depth aerodynamic studies. Their client list became longer from 1947, with other customers, including Ferrari and the iconic 166 Barchetta, Maserati with the extraordinary 3500 GT, Aston Martin, Lancia and Lamborghini. That brilliant trend came to a close in 1966, when Touring was forced to close, only to return 40 years later when the Touring Superleggera returned to spawn a new generation of one-offs.