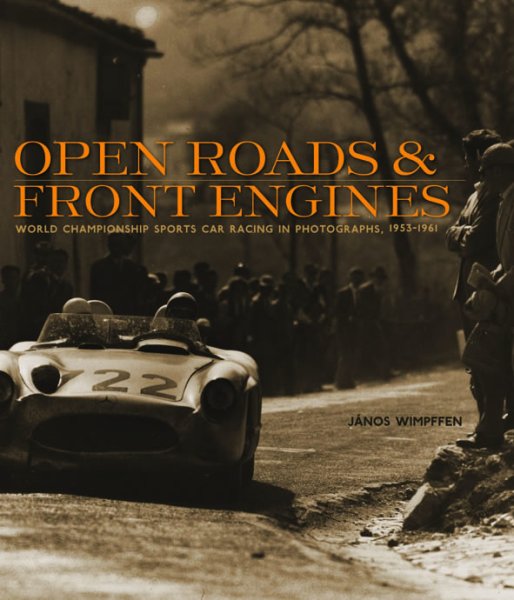 The World Sports Car Championship from 1953 through 1961 was an era that is now celebrated for the development of many of the classic sports car marques such as the innovative Jaguar C- and D-types; the potent Aston Martin DBR; Mercedes' technological tour de force, the SLR; the early lissome Porsche Spyders; and a glittering array of Ferraris and Maseratis. Each of these models is covered in detail, as are hundreds of other types, both well known and esoteric.

The championship included all the important endurance racing rounds such as Le Mans, Mille Miglia, Sebring, the Targa Florio, the Tourist Trophy, and many others. This comprehensive photographic essay not only features the principal sports car championship but the Grand Touring Cup as well. Each race is covered in considerable detail not only with exquisite photos, but also with extended captions and additional narratives that are engaging, informing, and entertaining.

János Wimpffen spent many weeks researching thousands of photographs in archives around the world and has selected the best that each has to offer. This volume includes the work of famed photographers such as Dean Batchelor, Bernard Cahier, Geoff Goddard, Ozzie Lyons, Rodolfo Mailander, and many others. Open Roads and Front Engines is a vivid and indispensable companion to the author's "Time and Two Seats", and it was written with the same exacting standards. This represents the first of several companions to "Time and Two Seats" celebrating the history of world-class sports car racing.