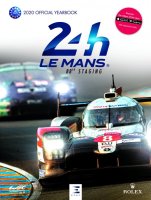 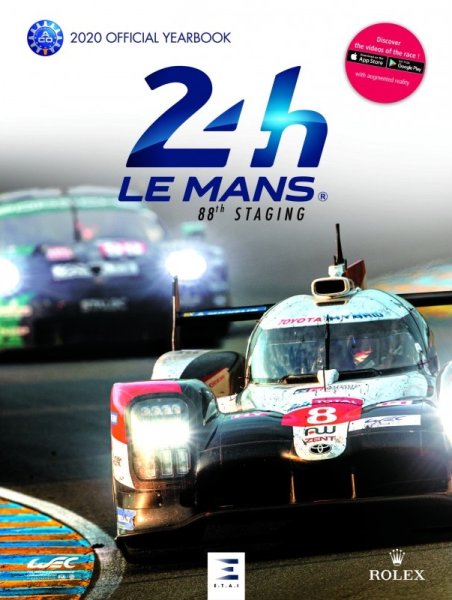 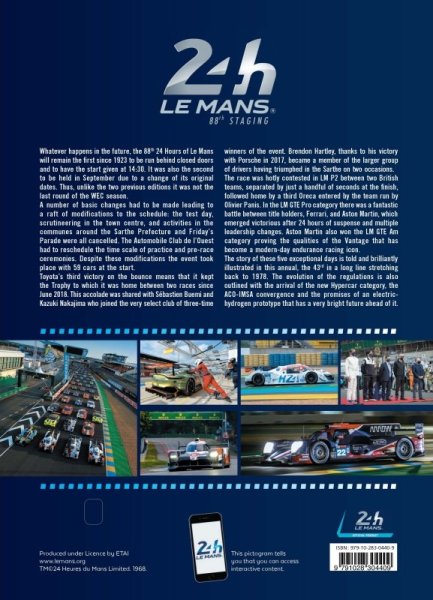 Whatever happens in the future, the 88th 24 Hours of Le Mans will remain the first since 1923 to be run behind closed doors and to have the start given at 14:30. It was also the second to be held in September due to a change of its original dates. Thus, unlike the two previous editions it was not the last round of the WEC season. A number of basic changes had to be made leading to a raft of modifications to the schedule: the test day, scrutineering in the town centre, and activities in the communes around the Sarthe Prefecture and Friday’s Parade were all cancelled. The Automobile Club de l’Ouest had to reschedule the time scale of practice and pre-race ceremonies. Despite these modifications the event took place with 59 cars at the start.

Toyota’s third victory on the bounce means that it kept the Trophy to which it was home between two races since June 2018. This accolade was shared with Sébastien Buemi and Kazuki Nakajima who joined the very select club of three-time winners of the event. Brendon Hartley, thanks to his victory with Porsche in 2017, became a member of the larger group of drivers having triumphed in the Sarthe on two occasions. The race was hotly contested in LM P2 between two British teams, separated by just a handful of seconds at the finish, followed home by a third Oreca entered by the team run by Olivier Panis. In the LM GTE Pro category there was a fantastic battle between title holders, Ferrari, and Aston Martin, which emerged victorious after 24 hours of suspense and multiple leadership changes. Aston Martin also won the LM GTE Am category proving the qualities of the Vantage that has become a modern-day endurance racing icon. The story of these five exceptional days is told and brilliantly illustrated in this annual, the 43rd in a long line stretching back to 1978. The evolution of the regulations is also outlined with the arrival of the new Hypercar category, the ACO-IMSA convergence and the promises of an electric- hydrogen prototype that has a very bright future ahead of it.