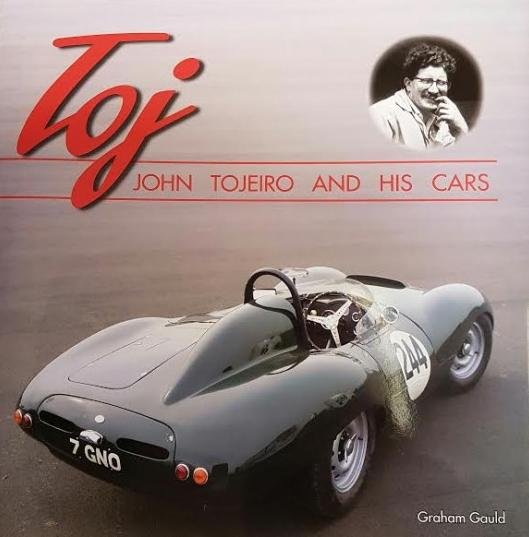 Born in Portugal but brought up in England, John Tojeiro is best known for the adoption of one of his sports racing car designs by the AC company to make the AC-Bristol which begat the AC Cobra.

During his long career in racing this quiet self-effacing engineer not only produced his own cars but supplied chassis "to order" to enthusiasts who wanted to create their own cars. In his early days he had a wealthy patron in John Ogier and later he produced a number of cars for Ecurie Ecosse including the Ecosse Climax, one of the earliest mid-engined GT coupes.

Unlike other engineers in modern motor racing John Tojeiro was never able to capitalise on his creations. He earned a mere pittance from his link with AC and virtually nothing for his other commercial designs yet more Tojeiro cars exist today than were ever built by John Tojeiro. An entire section of the book is devoted to many of these cars, legitimate and questionable, with unique photos of them in the 1950's and as they look today.

The foreword to the book is by Brian Lister who was one of John Tojeiro's first customers and who later produced his own sports cars, the Lister-Bristols and Lister-Jaguars.