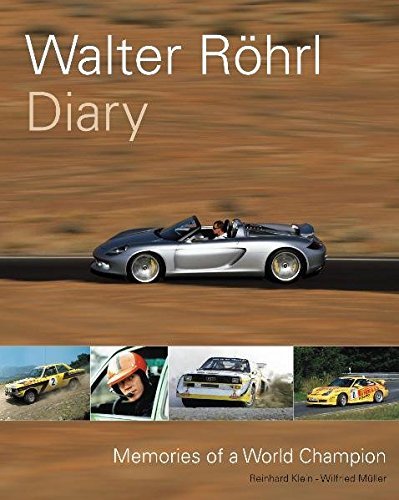 by Reinhard Klein and Wilfried Müller

Diary gives deep insight into the personal highlights as well as into the disappointments of the life of Walter Röhrl. Year by year, Walter reviews his career starting with his first rally in 1968 in a Fiat 850 Coupé, going through his double world championship titles in 1980 and 1982, and right up to his life today as a Porsche test driver. Many inside stories recall a time which will never return. Author Wilfried Müller also brings out the difficult Röhrl, his often unbalanced personality and his legendary obstinacy. The photography is also a key element of this book. Collected by Reinhard Klein from many different archives, the majority the images have never been published before. Walter Röhrl himself said after having a look at the book: "I have not seen 95% of them myself, simply amazing".