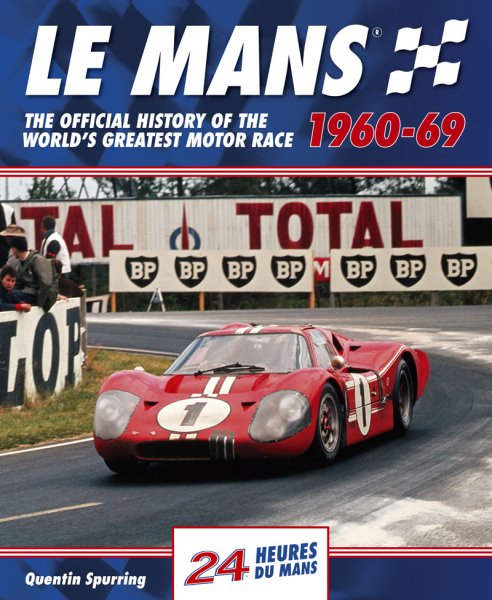 Dunlop curve, the Esses, Tertre Rouge, Mulsanne straight (more than a full minute travelling at over 200mph), Mulsanne corner, Indianapolis, Arnage, the sweeps at Maison Blanche, the Virage Ford... These famous names on the public roadways of the Circuit de la Sarthe are deeply evocative of a unique sporting event, one that in the 1960s staked its claim as the greatest motor race in the world.

This was a defining decade for the Le Mans 24 Hours. It started with six consecutive victories by Ferrari, overwhelming Aston Martin and Maserati. But then Ford threw its all-American dollars at the race and won it four times in a technically exciting period that also brought the competitive emergence of brands such as Alfa Romeo, Matra, Porsche and Renault.

The participation of great automobile manufacturers spurred the development of many iconic racing cars: Ferrari Testa Rossa and GTO, Ford GT40 and Daytona Cobra, Porsche 904 and 917. The machines that were built specially for Le Mans evolved through the decade from front-engined brutes to mid-engined monsters. By the end of the period, many of them could achieve much more than 200mph on the awesome straightaways that defined the race, thrilling as many as 300.000 spectators at the trackside.

Almost 50 companies built cars that were raced at Le Mans in the 1960s. The 24 Hours became an annual cauldron of corporate rivalry, and a high-speed proving ground for innovative automotive technologies. Above all, it became an incomparably arduous and complex challenge to man and machine that captured the imagination of the public the world over. For the drivers - more than 450 of them, including most of the Grand Prix aces of the day - it became the race they most wanted to win. Read this book and immerse yourself in over 300 glorious photographs to understand why.