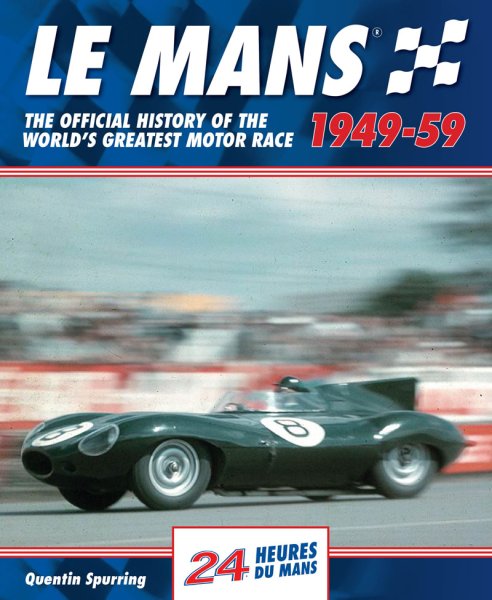 The post-war revival of the Le Mans 24 Hours took four years. The site had been used as an air force base by both the British and the occupying Nazis, and bombed often. It had been mined when converted later to a prison camp. Completely new pits and grandstands had to be built for the resumption of the world's most famous motor race in 1949. Only six years on, those new facilities had to be demolished, in response to the worst accident in motor racing history. Two cars collided in a kink in the start/finish straight, and the parts of one of them scythed 100 metres through the spectators. Eighty lost their lives. The shock was widespread, and threatened the very existence of the race. It survived, but major reconstruction was again needed for a second renaissance.

The distressing catastrophe of 1955 was the most significant event of the 11-year period covered by this book. Yet there is so much more to know about the 1950s - a very important decade in the Le Mans story. Ferrari and Jaguar raced to stake claims as the foremost manufacturers of high-performance cars. Mercedes-Benz came back from war-ravaged Germany and again set the standards in race car engineering. Aston Martin finally won at its 20th attempt. Enormous crowds - approaching half a million people - saw the first rear-engined saloons to compete at Le Mans, the first mid-engined sports-racing cars, the first diesels.

As the victorious manufacturers actively promoted their successes, their commercial rivals also set out to win. As many as 15 brought "works" teams every June, with purpose-built cars. On-track performance soared. In 1949, the fastest car hit 135 mph (217 km/h) on the unique Mulsanne straight. Before the end of the 1950s, top speeds exceeded 180 mph (290 km/h).

This fascinating book tells the stories of these increasingly potent racing cars and conveys the punishing nature of an incomparable event - the ultimate test of the mental and physical abilities of the fragile individuals who make up racing teams, be they drivers, engineers, strategists or mechanics.

The thorough statistics in the book result from fresh research, and there are more than 400 evocative photographs, many of them - including very rare colour images - never published before.