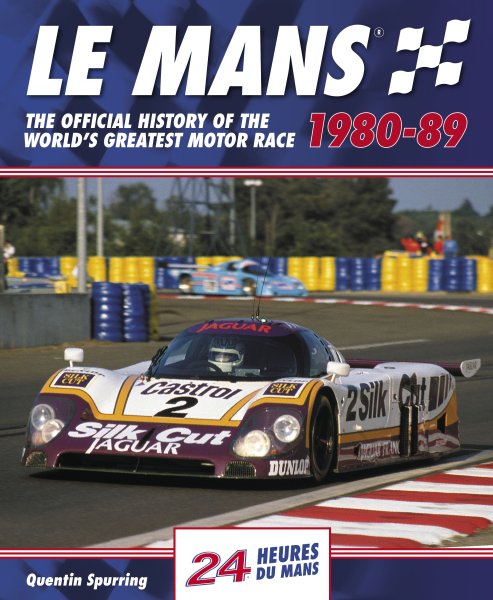 This was the decade when the Le Mans 24 Hours really began to rock. Already established as a world-class event, the ACO's annual race scaled new heights and up to a quarter of a million people travelled to north-west France each June to watch it..

The decade's radical new FIA Group C regulations challenged motorsport engineers to achieve race-winning engine performance while saving fuel. As such, they had direct relevance to new imperatives in the wider automotive industry, and no fewer than 10 volume manufacturers produced purpose-designed prototypes, using a wide variety of engines to contest the greatest race in the world. And Group C also created a highly active privateer market, which was served by almost 30 specialist marques. All are depicted here.

The Group C "fuel formula" was ideal for Le Mans - embodying, as it did, the original rationale of this historic event as a proving ground for emerging automotive technologies. It accelerated the development of control electronics and aerodynamics, and soon the increasingly sophisticated racing coupes were setting new standards in on-track performance. From about 215 mph at the start of this unforgettable decade, top speeds on the world-famous Mulsanne straight exceeded 250 mph for the first time in 1988. These were the fastest racing cars on the planet.

The 1980 event was uniquely won by Jean Rondeau, a Le Mans resident, with a car of his own manufacture. After seven impressive Porsche successes, Jaguar and Mercedes-Benz, both returning to motorsport after long absences, won in 1988 and 1989.

At the end of the decade, Le Mans was contested by Aston Martin, Jaguar, Mazda, Mercedes-Benz, Nissan, Peugeot, Porsche and Toyota. Meanwhile the only road car manufacturers engaged in Formula 1 were Lotus and Ferrari. The extraordinary reaction of the world motorsport body was to scrap Group C, to mount a brazen political attack on the Le Mans 24 Hours, and to herd the manufacturers towards Formula 1.

This engrossing book describes this decade of spectacular transformation of top-flight sportscar racing, aided by more than 450 evocative photographs.