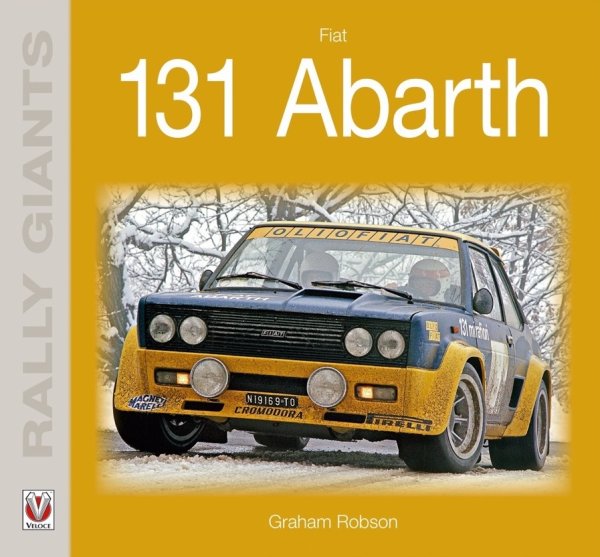 When Fiat entered rallying in 1970, its ultimate aim was to become World Rally Champion – and the 131 Abarth of 1976-1980 provided the machinery to make that possible. Within the Fiat-Lancia empire, the 131 Abarth not only replaced the 124 Abarth Spider sports car, but was also favoured ahead of the charismatic Lancia Stratos. By 1970s standards, the 131 Abarth was the most extreme, and effective, of all homologation specials. Compared with the 131 family car on which it was originally based, it had different engine, transmission and suspension layouts, was backed by big budgets and by a team of superstar drivers, and was meant to win all round the world.

Not only did it start winning World rallies within months of being launched, but in 1977, 1978 and 1980 the 'works' team also won the World Championship for Makes, and set every standard by which Rally Giants were to be judged. The 131 Abarth was backed by a peerless team of engineers, so was there ever any doubt that successors like the Lancia Rally 037 and the Delta Integrale would eventually come from the same stable?