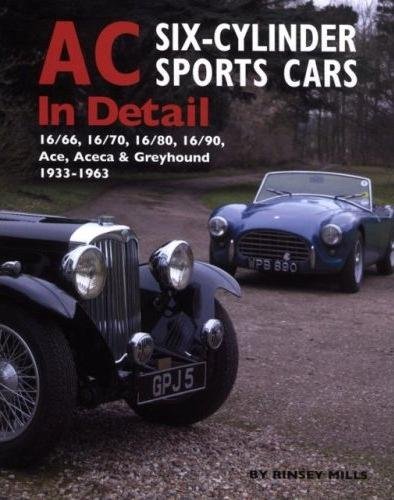 In 1919 the small English firm of AC Cars came out with a new engine which, amazingly, was to power their products for more than 40 years. It was a six-cylinder unit with alloy block, wet liners and a single overhead camshaft. By the early 1930s, when fitted with triple carburettors, it had been developed to the point where it was developing around double its original output, and from 1933 to the beginning of the Second World War the company produced sports cars which drew admiration for their extremely pretty bodies, famously designed by the Earl of March, as well as for their performance and handling.

After the war there was a gap until the launch of the AC Ace in 1953. This was based on a chassis designed by John Tojeiro, was clothed in a superlatively lithe and well-balanced two-seater alloy body, and was powered by the AC engine, now producing a little more power. But this was not quite enough for some customers, and in 1956 the race-proven Bristol 2-litre engine was offered as an alternative. Also available were the Aceca fixed-head coupé, from 1960 the Greyhound, a four-seater grand tourer, and finally the Ford-powered Ace RS 2.6, production ceasing in 1963 after the Cobra had been introduced.

This is the first ever book devoted exclusively to these six-cylinder ACs. The author opens with a review of the company's history prior to the introduction of the 16/66 Sports model in 1933, and then takes the reader through the evolution of its sports models, with descriptions of the chassis, running gear, engines and transmissions of all models from the pre-war sports 2- and 4-seaters through to the end of Ace production. Individual histories of cars, particularly ones used in competition, are provided, including first-hand accounts of events and extracts from contemporary road tests. The author also advises on the practicalities of owning any of these models today, including common problems, parts availability, maintenance and preservation. The appendices include complete chassis listings of all models.

The author has photographed 15 carefully selected examples of these cars specially for this book, and there are a total of some 400 colour and black-and-white photographs.

With its in-depth examination of these desirable ACs this book provides an unrivalled store of knowledge for the many owners and enthusiasts who care passionately about them, and serves as a tribute to the men who made them.