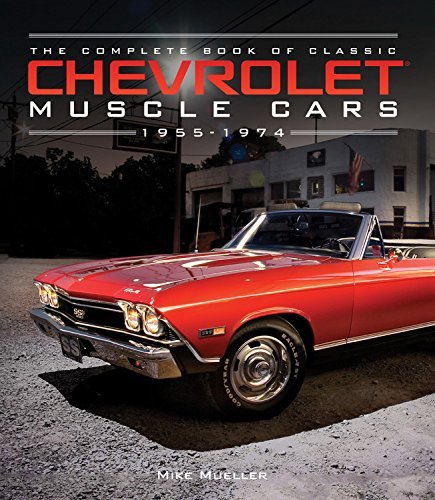 Chevrolet didn't invent the overhead-valve pushrod V-8 engine, but without question Ed Cole and company perfected it. And General Motors' Bowtie division wasn't the first to put the engine design in a production car, but it was the first to put the engine design in an affordable production car and make it available to the average driver. No other automobile in history so clearly demarcates a before-and-after line in the sand like the 1955 Chevrolet. This was the birth of the affordable performance car, and from the moment the car hit the streets, the experience of driving would never be the same.

The impact that an affordable American sedan with a powerful performance engine had on American society was so great that it not only changed the experience of driving; it changed the psychology of a generation. Prior to the introduction of the 1955 Chevrolet with its V-8 engine, cars had been considered necessary appliances, like refrigerators or vacuum cleaners. With a single stroke, Chevrolet turned American culture into a car culture.

Chevrolet dominated the muscle-car scene throughout the classic era. The Impala SS, with its 409 engine popularized by the Beach Boys, ruled America's drag strips. The Z16 Chevelle Malibu SS396 became the every man's muscle car. The Camaro turned the pony car genre into genuine muscle cars. The LS6 engine was the most powerful of the classic era.

This book chronicles the all-conquering cars of this incredible 20-year period.