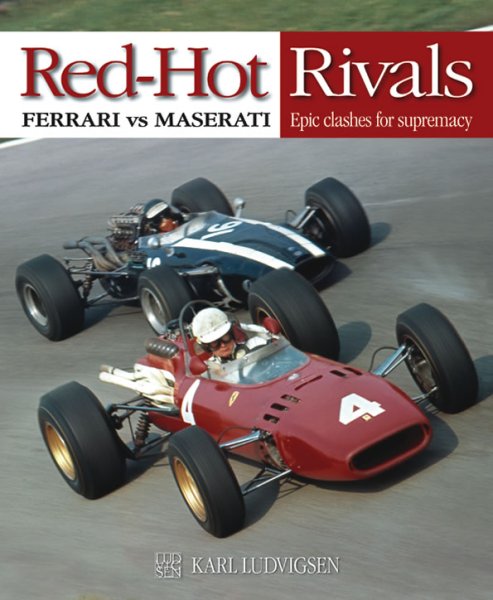 Racing driver and journalist Paul Frère had a front-row seat for the rivalry between Ferrari and Maserati when he joined Maranello's squad for the 1955 Belgian Grand Prix. "I will always remember team manager Nello Ugolini briefing us", Frère related, and making his recommendation. "We know that the Mercedes will be very difficult to beat, but our main target is to beat the Masetatis". What dominated Ferrari's policies was the rivalry with Maserati. Here you had two small companies making racing cars, only about 12 miles from each other, who fought for supremacy not only on all the European circuits but also as far afield as Sebring in Florida, Watkins Glen in the heart of the United States, and Buenos Aires in Argentina.

This book recreates this intense competition that raged from 1947 to 1967. The historic home-town battle began in the 1930s, when Enzo Ferrari's team raced Alfa Romeos against the factory Maseratis. Ferrari's drivers won the World Championship in 1952, 1953, 1956 and 1958 while Maserati's took the crown in 1954 and 1957, and the rivalry continued at Le Mans. It made for thrilling racing.

Karl Ludvigsen takes the reader into the boardrooms and secret racing workshops of both marques, discusses the careers of Enzo Ferrari and the Maserati brothers, and follows the Maseratis to Bologna in 1949 and their founding of OSCA.

Those were halcyon years. Here are the fascinating inside details of Ferrari's bold decision to build a V12, the alliance of Alberto Ascari with Aurelio Lampredi to win two world titles, and the immortal Maserati 250 F, 300 S and 450 S. Here are the sports car battles between Maserati's Stirling Moss, Jean Behra and Juan Manuel Fangio and Ferrari's Luigi Musso, Peter Collins and Mike Hawthorn, and the feat of John Surtees in winning Grands Prix for both Ferrari and Maserati in 1966.

All enthusiasts of great racing cars and drivers will relish the competition that unfolds so spectacularly and vividly in the action-packed pages of Red-Hot Rivals.