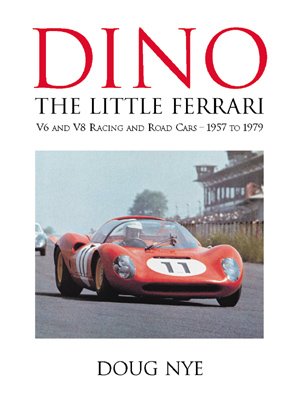 In 1956, Enzo Ferraris son Alfredino "Dino" died and, in rememberance, Enzo named the Formula 2 V6 engine that he was working on after his son, calling it Dino. From then on, all V6 and V8 Ferrari engines were known as Dinos. There have been many such cars and engines bearing this honorable name. Dinos have powered three World Champions, numerous sports-racing car victories, and even two mountain championships. Four series of road cars have been so successful with their Dino power that they form the bulk of car sales in modern times for Ferrari.

This book is a full historical analysis of all these outstanding cars the like of which has never been researched and published before. Here, at last, true credit can be given to the Ferrari V6 and V8 cars, the cars of the princedom of Alfredino. It contains heavily-detailed appendices, details on drivers and championships, and a wealth of road test material from the best accredited sources.