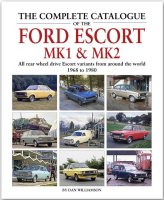 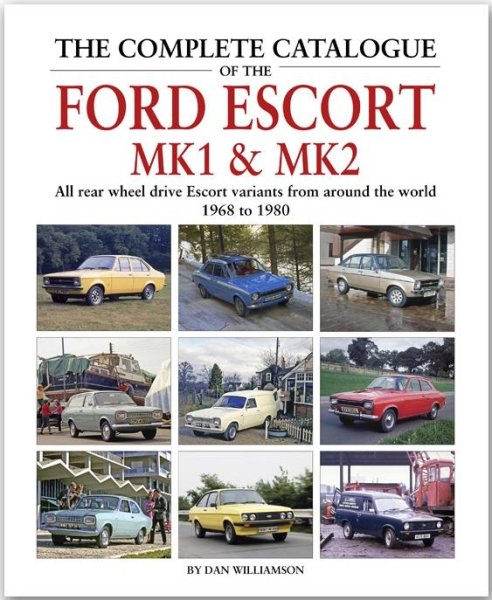 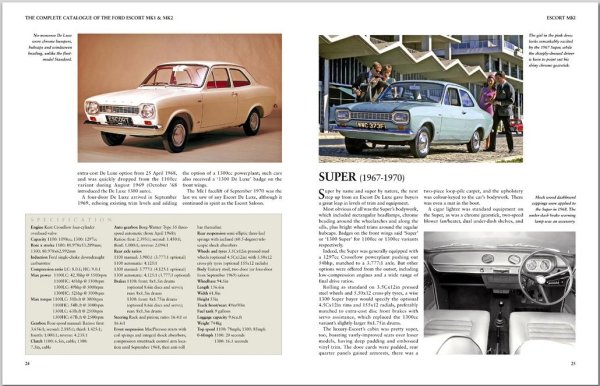 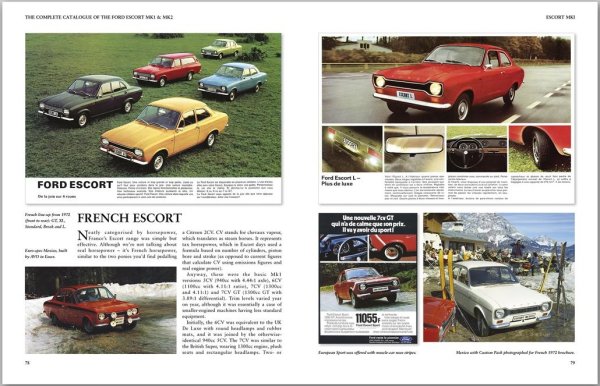 Family car, Workhorse, Rally weapon, Load lugger, Street racer: The Ford Escort offered something ideal for everyone, and in its career it’s fair to say it captured the attention of more British buyers than any other model. Even today, the Escort Mk1 and Mk2 continue their role as cherished classics and motorsport legends.

These Escorts were built in huge numbers around the world, in Britain, France, Germany, Spain, Australia, New Zealand and South Africa. During the life of the models no less than 130 different variants were produced, ranging from the lowly two-door base model saloon through four-doors, vans and estates, campers and plush Ghia to the highly desirable sporting versions like the Twin Cam and RS models. In addition there were special editions by companies such as Allard, Crayford, Broadspeed, Lawrencetune, Uren and Willment.

This model-by-model catalogue of all the Escorts from around the world pays tribute to an incredibly successful car in all its different guises, providing assessments of the astonishing, the successful, the fashionable and even the not-so-great machines that wore Ford’s famous Escort badge. For every variant the author provides specifications and a description, and all of them are illustrated.