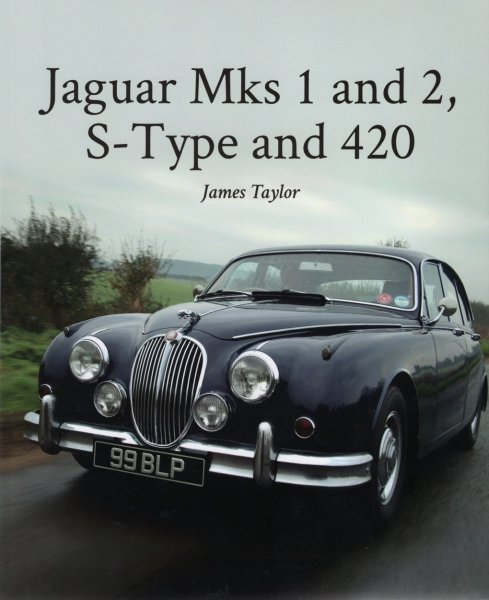 Jaguar fielded no fewer than four different generations of its compact saloon range between 1955 and 1969. First of all came the 2.4-litre model, widely applauded but very much put into the shade by the 3.4-litre model that followed it two years later. Known retrospectively as Mk 1 types, these cars gave way to the elegantly restyled Mk 2 Jaguars in 1959.

With the Mk 2 saloons, Jaguar really got into its stride. If the Mk 1s had garnered a sporting reputation that was completely in line with Jaguar's image, the Mk 2s widened the range's appeal to buyers of small luxury saloons, and many commentators would argue that there was no finer example of the breed in the early 1960s than these swift, stylish and plush cars. To the earlier 2.4-litre and 3.4-litre engines was added an even more powerful 3.8-litre, and it is no surprise that the Mk 2 Jaguars followed their forebears as favourites on the race tracks. Equally unsurprisingly, the Police liked them too.

Capitalizing on the market's admiration for these compact luxury cars, Jaguar developed a third generation and introduced it in 1963. Adding engineering features from the big Mk X saloons and the E-type sports car - notably their ground-breaking independent rear suspension - the S-type Jaguars filled a gap in the Jaguar range and created another powerfully appealing model. Nevertheless, the S-types have always been somewhat controversial, and many argue that their styling was an unhappy blend of the curvaceous Mk 2 with the more rectilinear Mk X.

Deeply conscious of this, Jaguar made sure the fourth generation would get the blend right. Retaining the rear end and cabin of the S-type but adding a redesigned nose, the Jaguar 420 of 1966 was the crowning glory of the compact models. Powered by the largest version of the classic XK engine, with a 4.2-litre capacity, they nevertheless never appealed as racers. These were high-performance luxury cars, and were much appreciated for the fact.

After it acquired Daimler in 1962, Jaguar needed new models for that marque's dealer chain, and it was a sirnple thing to create one by dropping Daimler's existing and much-lauded 2.5-litre V8 into the Mk 2 bodyshell and adding appropriate identification. Far from being an unhappy hybrid, this combination proved to be yet another winner. From 1966, it was supplemented by the Daimler Sovereign, a rebadged Jaguar 420 that added the prestige ofthe Daimler name to an already superb confection.

This book examines all four generations of compact Jaguar, and their Daimler equivalents, tracing the gradual development of Sir William Lyons' original idea over a decade and a half. It looks at the cars' competition successes, and at the rare special-bodied models as well.