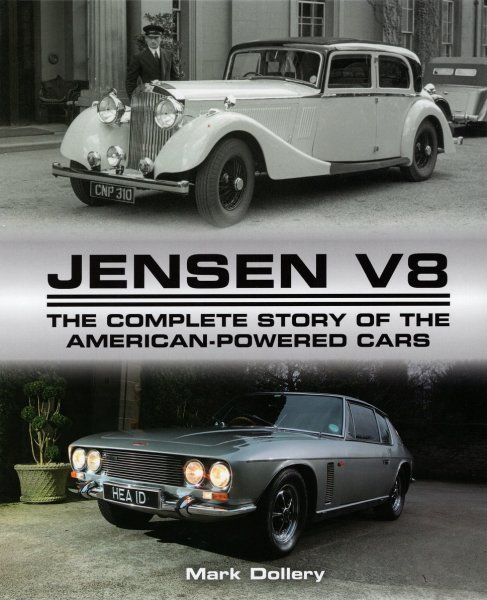 The story of Jensen favouring American V8 power began during the 1930s, with the building of their first prototype car. Although this pre-war period was short-lived, it was the start of what was to eventually become one of the company's main trademarks - the V8 engine.

After the war, due to the British Government's higher taxation class on engines over four litres - as well as limits on importation from the United States - Jensen started using British-built engines of straight eight- and six-cylinder configurations. The eight-cylinder Meadows engines eventually proved to be unacceptable due to their lack of refinement, so it was the straight-six cylinder units that were used to power all Jensen's post-war production models right up until the reintroduction of American V8 propulsion in the early 1960s. These Austin-built engines proved to be very reliable, but unfortunately they lacked the horsepower that was needed to compete with the likes of Aston Martin and Jaguar.

After testing several prototypes in the late 1950s, Jensen eventually chose the big-block Chrysler units for production. Alongside Jensen's smaller, four-cylinder Healey sports model, it was these massive engines that were to be the powerplant for the company's legendary C-V8, Interceptor and FF models - the heyday at Jensen V8 power.

The company used several variations of the engine, ranging from the 361cu in, 305bhp B-engine, right up to the ultra-powerful 440cu in, 385bhp RB variant These cars' relatively uncomplicated running gear combined with the Chrysler V8 to provide ample power with easy maintenance, unlike rivals Aston Martin and Jaguar, whose V8 and V12 engines were much more camplex in design.

Chrysler V8 power was used once again with the Interceptor's rebirth in the mid-1980s. The short-lived S-V8 sports car of the late 1990s used Ford's Cobra engine as its power plant. For the modernised Interceptor variants produced in the twenty-first century, the preferred choice was the range of General Motors' powerful Corvette LS engines, enabling the revitelized car to produce blistering performance. This car is still in production, offering the Jensen car enthusiast a combination of classic styling and modern V8 power.