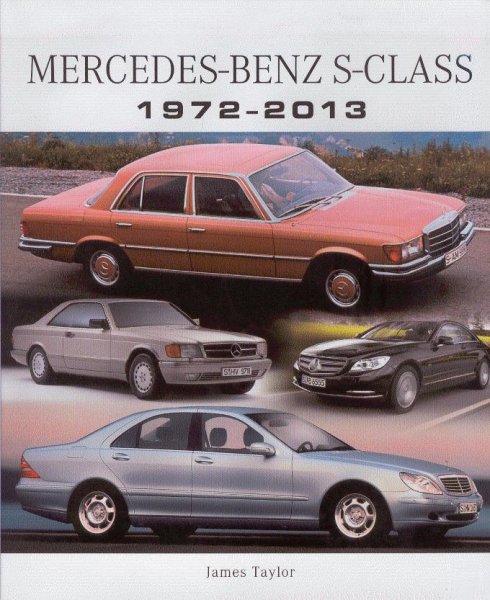 Beschreibung
Beschreibung
by James Taylor Ever since their introduction in 1972, the S-Class saloons from... mehr
Menü schließen
Mercedes-Benz S-Class 1972-2013

Ever since their introduction in 1972, the S-Class saloons from Mercedes-Benz have been considered the pinnacle of automotive excellence. For most of that time, ownership of an S-Class - at least, of a reasonably recent one - has been symbolic of material success and of restrained yet impeccable good taste. Several other car makers have nibbled at the edges of the S-Class market, but none has produced a viable and lasting alternative to the big Benz.

This book charts the evolution and success of the series, from the W116 model, the first to be designed from the ground up as a large luxury saloon. Yet it soon became much more than that: the range expanded to include the racing driver's favourite road car (the formidable 450 SEL 6.9) and also the world's first diesel luxury saloon, the 300 SD. The lighter and sleeker W126 range followed in 1979, and took the S-Class into the 1990s, reinforcing its essential qualities of discreet and timeless good looks, top-quality engineering and excellent residual values.

Just once has the S-Class stumbled, when the third-generation W140 model of the 1990s was widely perceived as too large and too ostentatious for its times. Yet Mercedes-Benz bounced back with the slimmer, lighter and far more elegant W220 in 1998, and continued its leadership of the class with the W221 of 2005.

The S-Class was of course the saloon flagship of the Mercedes-Benz range, but there was room alongside it at the top for a more exclusive two-door coupe model. So the second-generation S-Class was accompanied by one of the all-time Mercedes-Benz classic designs - the C126 coupé. This and, initially at least, its C140 successor were badged as S-Class coupés, but from 1996 the big coupés were given a designation of their own and became CL models. The W220s were accompanied by closely related C215 types, and the W221s by C216 coupés.

All have played their part in the S-Class story that unfolds in this book, which is essential reading for anybody with an interest in these fine cars from the world's oldest car manufacturer.