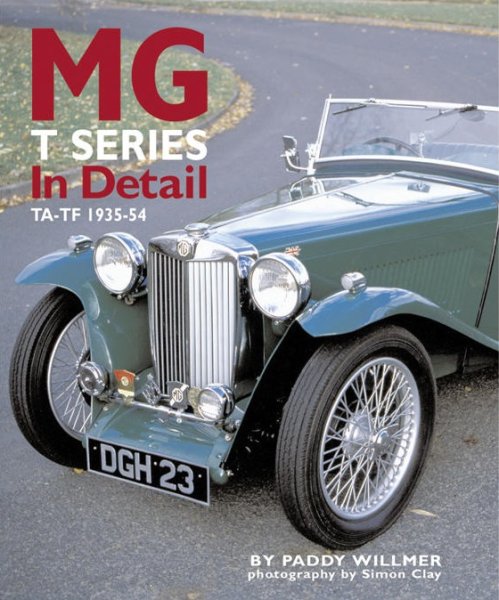 This is the definitive history of the T Series MG models, complete with in-depth technical descriptions, specially commissioned colour photography, rare archive pictures and advice on running these fine cars today. The book covers TA to TF, including variants such as the Airline coupé and the Arnolt MG.

The T Series MGs, starting with the TA introduced in 1936, represent the absolute archetype of the British sports car. They are recognised on the road by more people - including 'non-motoring' people - than any other model of classic car. They provide the authentic experience of sports car driving: the snug two-seater cockpit, quick steering, firm suspension, flat comering, snappy gearchange and lively engine. In terms of acceleration and maximum speed they were never outstandingly quick. Instead it was the way they behave that has won so many enthusiastic owners. Then there are the looks: the long bonnet, swept wings, cutaway doors, slab tank and rear-mounted spare wheel together established a unique style. In addition, the T Series MGs opened the doof for the British sports car's conquest of the United States market.

This book opens with an introduction highlighting the pleasures of T Series driving, followed by an exposition of the background that led to the introduction of the TA model, including the changes brought abaut by the influence of the Nuffield Organisation. Then comes a highly detailed technical analysis of the TA, covering every aspect of the chassis, running gear, engine and transmission. This sets the scene for the chapters which follow, on the rare TB, the TC which relaunched the farnily in 1945, the outstandingly successful TD, of which some 30.000 were made, and the final TF models. Each of these receives comprehensive treatment, including information on differences from previous models, production changes, performance and behaviour.

The author, who for many years was editor of the MG Car Club's magazine "Safety Fast!", provides a chapter on MG Ts in competition from the 1930s to the present day and takes a look at the T Series' in competitors in the market, from BSA in the 1930s to the Triumph TR in the 1950s.

For owners, present and prospective, there is also a section devoted to the practicalities of owning and using these cars today, including advice on parts availability, maintenance and preservation.