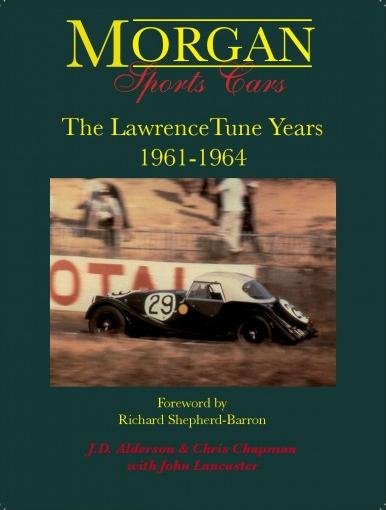 This book is the third in a series detailing the competition and development history of the four-wheeled Morgan. However, it reads well as a stand-alone volume. It covers the exciting period in the early Sixties when the Plus 4 was at the peak of its success and there was much activity at the factory to secure the survival of the marque during a period of falling sales.

Morgan nearly always tested new ideas in works competition cars before adopting them for production, so the authors believe that the Morgan story is best told chronologically. This has been achieved through exhaustive research over many years with the encouragement of the late Peter Morgan who wanted the story of his marque to be told in detail. Research has been enabled through access to company records and countless interviews with the people involved who have contributed anecdotes, behind the scenes information and many photographs not previously published.

The book takes its title from the involvement of Chris Lawrence and his LawrenceTune team who had begun privately developing the Plus 4 model for racing in the late 1950s. By 1961 Lawrence was running the factory works team of racers in the UK and Europe, regularly humbling significant opposition including Porsche. In 1962 he took Peter Morgan's new low-line Super Sports design to Le Mans with co-driver Richard Shepherd-Barron, who contributes the foreword to the book, and finished 13th overall and first in class.

Morgan competition around the world is covered in detail, including the important scene in the US, Morgan's biggest market at the time. It was a pivotal period for the company's future. Important developments are fully covered, including the radical glass fibre bodied Plus 4 Plus and the evolution of the Ford powered 4/4 into a proper sports car.