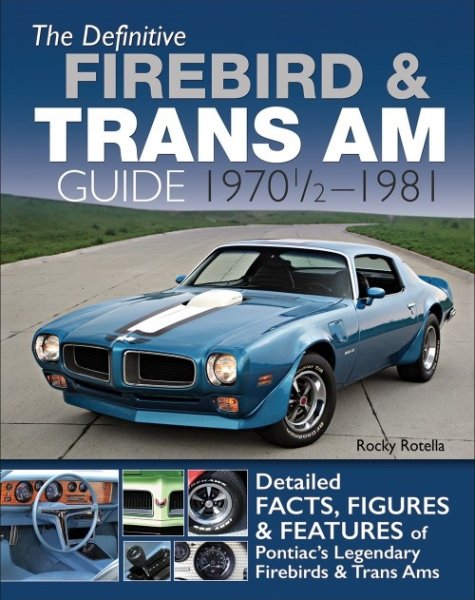 After the extremely successful debut of the first-generation Firebirds and Camaros, General Motors had a tall task ahead. It had to create an equally popular yet radically different version of the groundbreaking pony car it was replacing. Enthusiasts picked up on the "radically different" part as soon as they saw these cars. Over time, we have come to appreciate how successful these second-generation cars were. They include the early models that had an emphasis on performance along with the continued development of the Trans Am, the 455 Super Duty cars of 1973 and 1974, and the lightning-in-a-bottle popularity of the Smokey and the Bandit editions. During their production run, these Firebirds and Trans Ams were truly the only real performance cars out of Detroit, and for many of the model years, they eclipsed even the mighty Corvette.

In this book Pontiac expert and historian Rocky Rotella examines each production year of the second generation of Firebirds. Production figures, option codes, running changes, model-year changes and variances, rarity, collectability, interviews with engineers, and more are thoroughly covered. This is sure to become the ultimate second-generation Firebird reference book. Complementing the detail and year-by-year analysis is a combination of archival photography from the development of these cars as well as beautiful color photos of original and restored examples today.

It tells the entire story of these immensely popular cars, whether you are into the second generation of F-Body regular models, Formula 400 performance models, the Super Duty Trans Ams, or the cars of Smokey and the Bandit fame. It is an excellent addition to any pony car, muscle car, or any enthusiast's library.