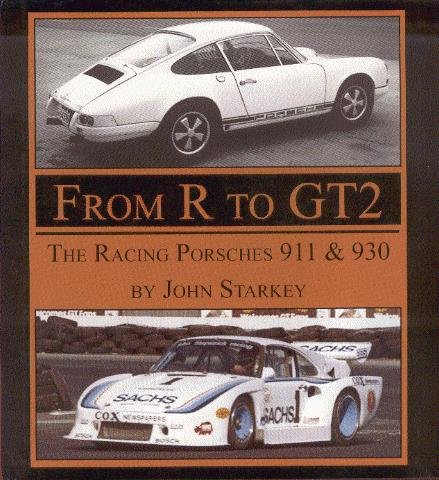 Beschreibung
Beschreibung
by John Starkey From its inception in 1963, until the present day, the Porsche 911 and... mehr
Menü schließen
From R to GT2 #2# The Racing Porsches 911 & 930

From its inception in 1963, until the present day, the Porsche 911 and its turbocharged twin, the 930, have dominated motor racing in the GT category. Here, for the very first time, is a book devoted totally to the last forty years of the 911 and 930 in racing.

Within these pages can be read the rise of the 911 and 930 to be all-conquering GT cars, from the modified air-cooled 911S's of 1966 to the fabulous twin turbo GT2.

Porsche won their first truly major International victory on the racing scene at the Daytona 24-Hours of 1973 with a 911 RSR.

The book also contains details, race by race, of the many competition 911s and 930s that have been built to take part in what Porsche considers their most important marketing tool: Motorsport.