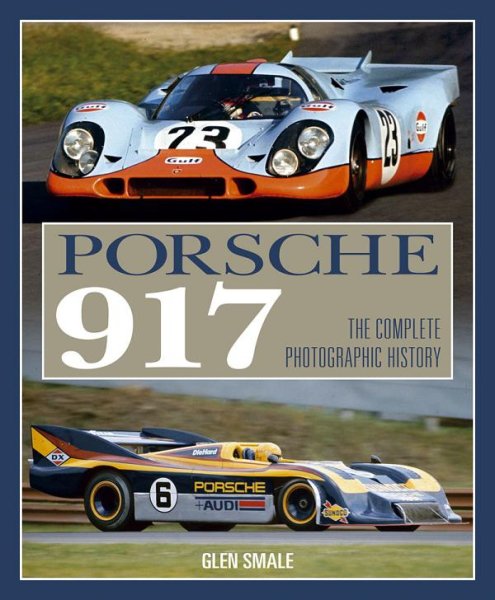 Beschreibung
Beschreibung
by Glen Smale Active between 1969 and 1973, the Porsche 917 was an iconic racing car... mehr
Menü schließen
Porsche 917 — The complete photographic history

Active between 1969 and 1973, the Porsche 917 was an iconic racing car that won numerous sports car races, including two victories in the famous Le Mans 24 Hours. The diversity and sheer accomplishment of its track career is the focus of this extensive and highly visual study, published on the 40th anniversary of the 917's race debut. Produced in a large format and containing more than 800 photographs from many key sources, including the Porsche archive itself, along with the author's detailed and meticulously researched text, this is essential reading for all sports car racing enthusiasts.

THE 917'S DESIGN AND EARLY DEVELOPMENT

THE 917'S BIRTH AND GROWING PAINS

TIME IN A BOTTLE