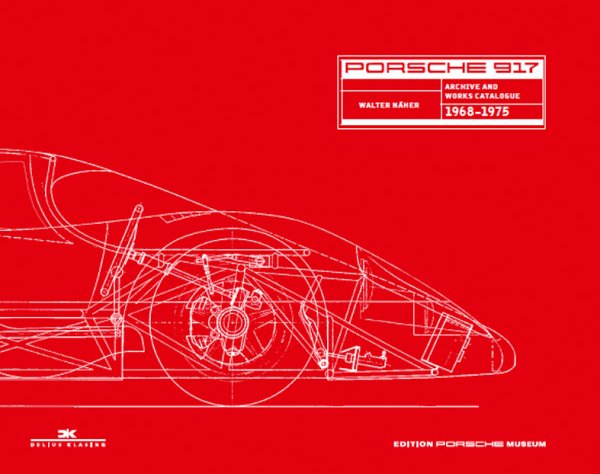 Beschreibung
Beschreibung
by Walter Näher Edition Porsche Museum There is a reason why it is known as "racing car... mehr
Menü schließen
Porsche 917 #2# Archive and Works Catalogue 1968-1975 (english edition)

There is a reason why it is known as "racing car of the century": the Porsche 917. From 1969 to 1975 this unique racing car seemed to have a standing order to take first place in the world championships and in Le Mans.

Ferdinand Piëch's preface is the prelude to a book that, unlike any other book written about the Porsche 917, is based on factory documents only. As a you engineer, author Walter Näher was involved in the development of the Porsche 917 and serviced it in many races. His expert knowledge of this car enabled him to write the ultimate book about the Porsche 917 - a documentary that gives detailed descriptions of developments and test drives, and comprises the race reports as well.

Many previously unpublished photos from the Porsche archive enhance this comprehensive and detailed book which, in the second part, minutely presents the story of each of the 64 Porsches 917 that where built.

When in 1973 a Porsche 917 wins the Can-Am series for the second time, the Americans change the regulations - which leads to the disqualification of the Porsche 917 and thus to the end of a one time winning streak.

This book is a must-have for Porsche 917 enthusiasts.