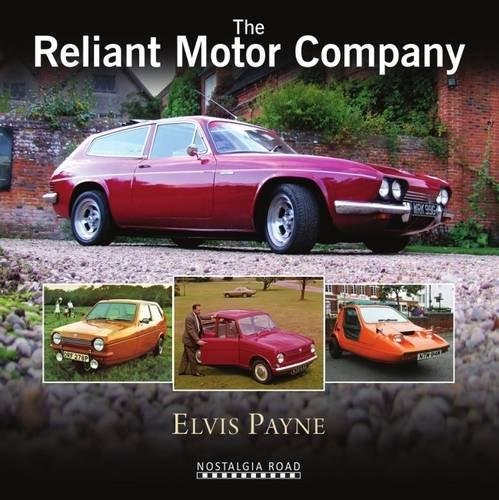 The Reliant Motor Company, established in 1935 and destined to outlast almost every one of its competitors at the time by staying in business for 66 years, is nevertheless perhaps the most underrated car manufacturer in the world. As a relatively small British motor company positioned on the ancient A5 road where it passes through Tamworth in the English midlands, Reliant initially brought family motoring to the masses with its range of three-wheeler cars and it is maybe still best known for the "Robin" three wheeler. The complete story of Reliant is much more than a single model however, and in particular the 1970s Scimitar GTE was emulated by almost every other car manufacturer whilst the Scimitar itself became the choice of royalty and celebrities alike. Reliant was also a great innovator, a company that achieved many world firsts and exported vehicles all over the world. Indeed, it was Reliant that created a complete car industry for Israel and Turkey. From early prototypes through Reliant 7cwt to Reliant, Regal, Regent, Kitten, Sabra Sport and of course the Scimitar to the less well known known Scooter Ski, Ant and countless "one-offs" and projects, this book uncovers the full story of the company and its cars which have developed a cult following amongst car owners, enthusiasts and ex-employees alike.