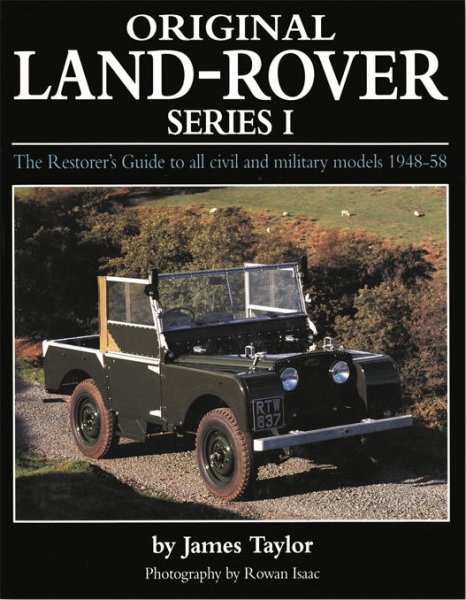 Beschreibung
Beschreibung
by James Taylor For many years the Series I Land-Rovers, built between 1948-58, were just... mehr
Menü schließen
Original Land Rover Series I #2# The Restorer's Guide to all civil and military models 1948-58

For many years the Series I Land-Rovers, built between 1948-58, were just old working vehicles, of little interest to anyone unless in a condition to continue earning their keep. Then came an awakening of enthusiasm that gathered momentum through the 1980s, to the point where today a good Series I is the most desirable of all Land-Rovers.

Original Land-Rover Series I is the ultimate guide to these vehicles. The intensively researched text is packed with a level of specification detail that goes far beyond any book previously published about early Land-Rovers. More than 200 specially commissioned colour photographs of 25 different vehicles - including military versions and fire engines - reveal the details that distinguish one model from another.

The completely authentic specification now sought by the most discerning enthusiasts causes many problems with early Land-Rovers. Many of these vehicles have been altered over the years with updated and incorrect parts simply to keep them in service. During manufacture, too, Rover found itself with such a pioneering yet super-successful product that a bewildering number of specification changes were introduced during the 10-year production run, giving any Series I Land-Rover numerous distinctive features according to model and period.

To provide answers to the questions Land-Rover enthusiasts are always asking, immense effort has gone into making this book as comprehensive as possible. Its meticulous author pinpoints many hotly debated modifications as he dissects the fascinating evolution of the Series 1. Much detective work has gone into locating the right Land-Rovers for photography, so that correct details are shown from superb vehicles that have been preserved in original condition or restored with close attention to authenticity.

This book, the 20th in an acclaimed series, builds up an unrivalled picture of these early Land-Rovers. It will be invaluable to all enthusiasts, owners, restorers and buyers.