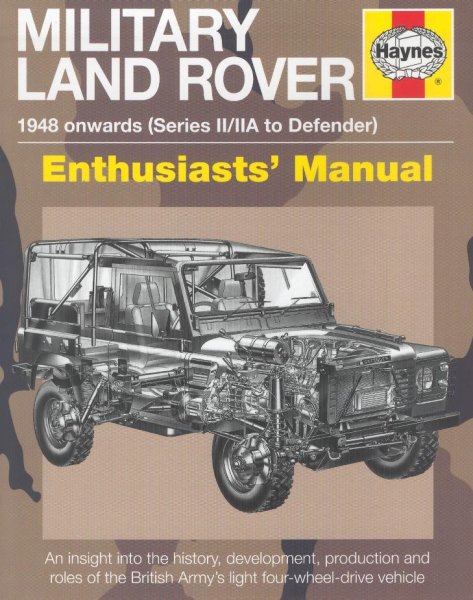 An insight into the history, development, production and roles of the British Armys light four-wheel-drive vehicle

Designed as a dual-purpose agricultural utility vehicle, and initially derived from the American Jeep, the Land Rover was conceived as no more than an interim measure to keep Rover's Sollihull factory busy while the designs ot the company's post-war cars were finalised. However, it found immediate success with its target market ... and also came to the attention ot the British War Office, proving sufficiently Jeep-like to also assume a military role.

Land Rovers started to enter service with the British Army in 1948. At first, the War Office saw them as nothing more than a stop-gap, supplementing stocks of ageing World War Two Jeeps whilst work on the Austin Champ, the expensive purpose-built machine that was billed as the "British Jeep", was completed. Within less than a decade, Sollhull's "stop-gap" had not only superseded the Jeeps, but had also seen off the Champ to become the standard utility vehicle of the British Army. There was no looking back, and the Land Rover has remained in continuous production since 1948, with more than four million vehicles sold. Not only has it served with the British Army tor 65 years, but it has been used by the armed forces at more than 60 nations across the world. Not bad tor a vehicle that was intended as an interim measure!

This fascinating book tells the story ot the development of the world's most numerous military vehicle, describing not only the modifications that made the standard civilian machines suitable tor a wide range or military roles, but also covering the purpose-designed military vehicles that had no civilian equivalent. The book also includes insight into what is involved in finding, restoring and running a military Land Rover, 65 years since Rover's engineering team, under director Maurice Wilks, designed and built the first prototype using parts from a surplus Jeep.