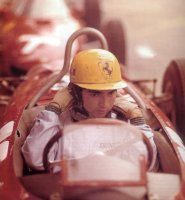 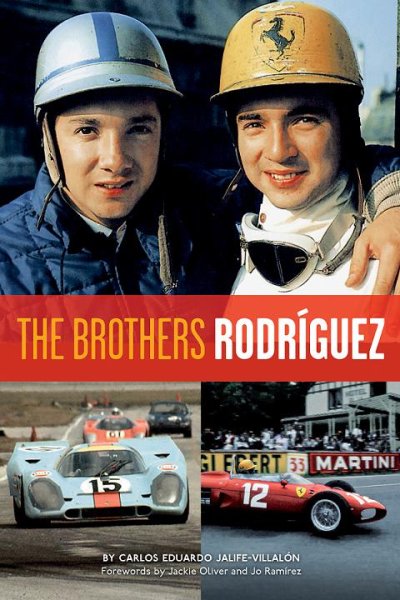 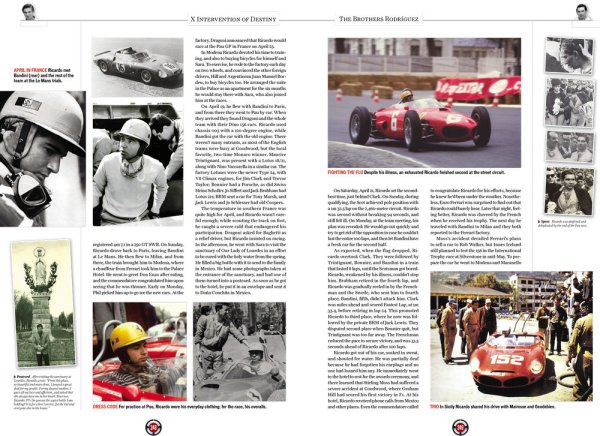 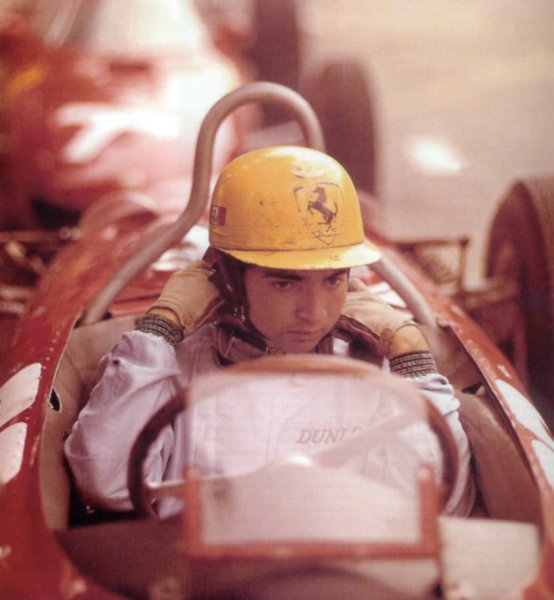 Youth, glamour, and blinding speed made Pedro and Ricardo Rodríguez national heroes in their native Mexico and instant legends in the world of motorsports. Ricardo scored a podium finish at Le Mans in 1960, and then joined Ferrari as the youngest-ever Formula One driver. After Ricardo’s tragic death during practice for the first Mexican Grand Prix, Pedro quickly built a dazzling reputation of his own, scoring grand prix wins for Cooper and BRM, winning the 1968 Le Mans 24 Hours, and dominating sports-car racing driving the awesome Gulf-Porsche 917. Then, at the peak of his talent, Pedro too was killed in a sports car race in 1971.

Along with their speed and versatility, Pedro and Ricardo became known as two of the racing world’s most colorful and glamorous characters. In Mexico they were national heroes and personal friends of the president, while in France, Germany, and other countries they became adoptive favorite sons. They raced with such great drivers as Stirling Moss, Phil Hill, Jim Clark, and Jackie Stewart, and served such legendary taskmasters as Enzo Ferrari, Colin Chapman, Louis Stanley, and John Wyer.

Exhaustively detailed and lavishly illustrated, with hundreds of color and black-and-white photographs - many of them from the family’s personal archives - this book tells the complete story of Pedro and Ricardo’s careers at the track, as well as their lives away from it. The Author also sets their lives against the broader backdrop of Mexico’s politics and history, explaining how motor racing and other sports helped the country to attract the world’s attention during the fast-changing decades of the 1950s and 1960s.