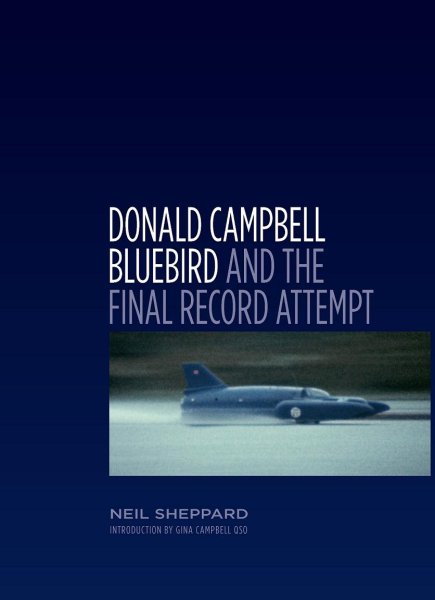 Beschreibung
Beschreibung
by Neil Sheppard A completely new and unbiased account of the causes of the infamous and... mehr
Menü schließen
Donald Campbell #2# Bluebird and the Final Record Attempt

A completely new and unbiased account of the causes of the infamous and fatal crash. The story of the last Water Speed Record attempt made by Donald Campbell in 1967. In an illustrated diary format, beginning with his formative plans in May 1966, the preparations and modifications to Bluebird K7, the trials, mechanical setbacks, unsuccessful speed runs made in mid-December 1966, and the runs over the Christmas period gave him hope that success was not far away. Disaster was not inevitable - the most successful team amongst record breakers were aiming for a ninth speed record.

The author describes how frustrations built up for Campbell - he went from an optimism he would achieve a new record within a matter of weeks, to the point where he became more and more beleaguered as time went on, and finally, when it seemed he was close to victory, fate intervened.

Neil Sheppard has had an interest in the life of Donald Campbell for over 35 years, having been brought up in the Lake District, scene of Campbell's many record-breaking exploits. He is described by Gina Campbell as "the oracle of knowledge" when it comes to her father's life story. He is the historical advisor to the Bluebird Project, who are restoring Bluebird K7 and the Ruskin Museum where the boat will be displayed.