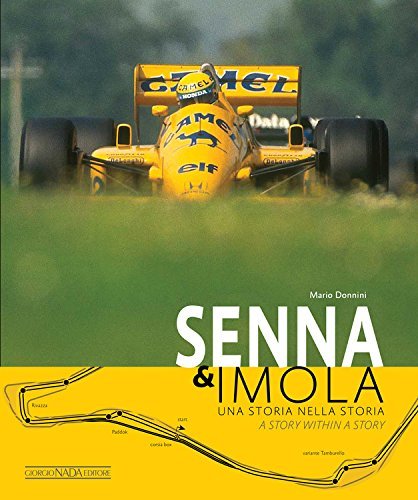 Beschreibung
Beschreibung
by Mario Donnini This book tells the story of Ayrton at Imola, a circuit at which the... mehr
Menü schließen
Senna & Imola #2# A story within a story / Una storia nella storia

This book tells the story of Ayrton at Imola, a circuit at which the Brazilian competed from 1984 to 1994, winning on three occasions and starting from pole eight times. To bring to life a work that really is new, the author has interviewed a racing driver, a journalist or a well-known personality covering each year in which Ayrton competed in the Imola GP from 1984 to 1994, people who knew Senna in a specific year's race. In order of appearance in the book, those who talk about Ayrton are:

The volume closes with a section on the three days there from 1-3 May 2014 that took place to mark the 20th anniversary of Ayrton’s death, commemorated on the Imola track.