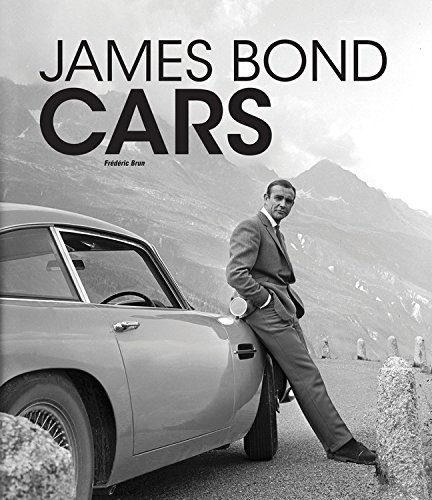 This book pays tribute to the legendary cars and vehicles that have starred alongside James Bond in so many unforgettable stunts and races. From the iconic Aston Martin with it's ejector seat, the BMW Z3 Roadster and the Rolls-Royce Phantom to Russian military tanks, it is unique in that it also looks at the cars belonging to the Bond girls and Bond's opponents. Packed with beautiful photographs and technical information on the cars and the stunts as well as the more unconventional modes of transport such as jet packs, jet skis, motorised gondolas and aeroplanes, this book is a must-have edition that will get every Bond lover's heart racing! Spectacular and desirable, cars aren't just extras in the James Bond films. Essential to the action, they are often surprising too, boasting equipment that is far from industry standard, whether it's the Aston Martin DBS with the ejector seat in "Goldfinger", the Lotus Esprit that becomes a submarine in "The Spy Who Loved Me" or the remotely-controlled BMW 7S0iL in "Tomorrow Never Dies".

This book is a stunning tribute to the vehicles that have starred alongside Bond, his enemies and the Bond girls, from Goldfinger's Rolls-Royce Phantom III and General Zao's Jaguar XKR to the Ford Thunderbird driven by Jinx in "Die Another Day". In addition to this, it features some of the more unconventional modes of transport used by Bond, such as Soviet tanks, jet packs, motorised gondolas, and a gyroplane named Little Nellie.

Packed with beautiful photographs and technical information on the cars and the stunts, including the Aston Martin DB10 produced exclusively for "Spectre", it is a book that will get every Bond-lover's heart racing.