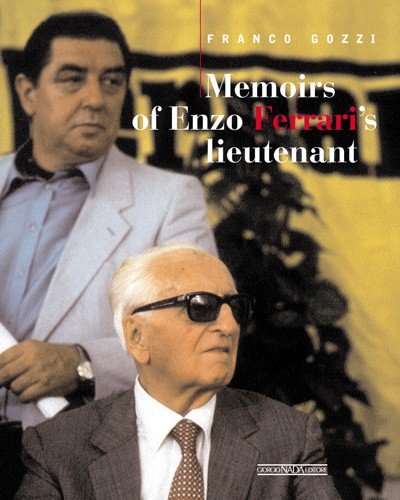 For 30 years Franco Gozzi worked side by side with Enzo Ferrari, first as a press officer and then as team manager, becoming much more than just an advisor and confidant. In all those years spent with the complex yet charismatic personality that was Enzo Ferrari, Gozzi was a privileged witness to events, anecdotes, motor sport triumphs and bitter defeats, not only concerning the Maranello company but also the world of motor sport itself. The crystal clear recollections of the Commendatore's right hand man are used to reconstruct this long and fascinating story of happenings and, more than anything else, of the drivers - from Alberto Ascari to Lorenzo Bandini, Gilles Villeneuve to Michael Schumacher - as well as wealthy customers and show business personalities. All of them come alive again in this authoritative and compelling book illustrated with a vast collection of pictures and documents, many of them previously unpublished.

Notes on the author: Franco Gozzi, the man that more than any other has known Enzo Ferrari and his company, was born in Modena in 1932. A degree in law, he seemed to start off on a bank career when, in 1960, he met Enzo Ferrari, and became his spokesman and his advisor; in one word, his confidant. Born in Modena in 1932, Gozzi degreed in law but his career turned out completely different. After one short job on behalf of Enzo Ferrari, he was definitely hired by the company and remained in Ferrari until his retirement.