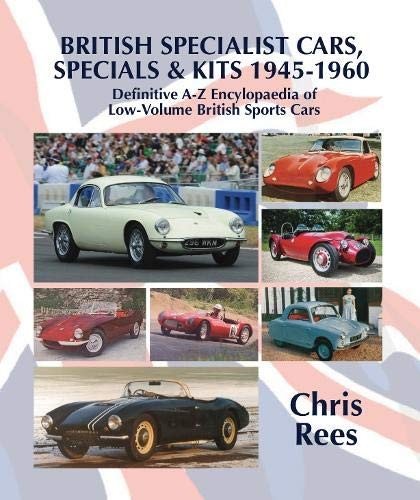 Following World War 2, private car manufacturers were in ruins and austerity reigned. Invention follows necessity and an era of ingenuity and rebirth blossomed. With car ownership still an unreachable dream for many, the notion of buying your own sports car seemed way out of reach.

Yet a new industry quickly sprang up, building sports cars that enthusiasts craved. This was a time when a chassis and glassfibre body could be bought for the price of a cheap second-hand banger. Home builders could now create their own ‘specials’, either from scratch or using kits of parts – a major new innovation.

This fascinating and meticulously researched book tells the story of the post-war British specialist car industry and the birth of the kit car movement from 1945 on. As well as familiar names like Lotus, TVR and Ginetta, this book features pioneers like Buckler, RGS and Rochdale, plus dozens of obscure makes (73 in total) and models (156 in total) which have never been seen in a book before.