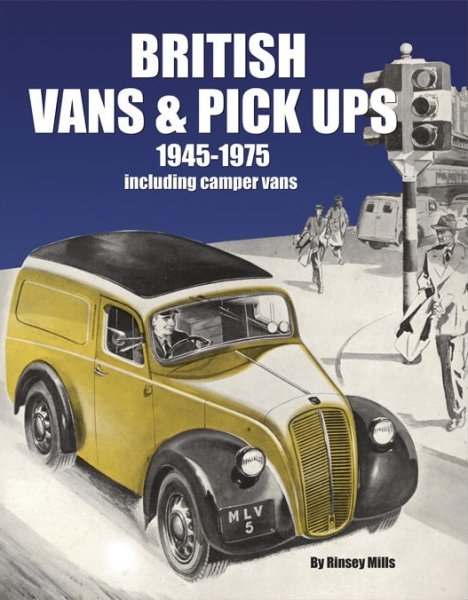 Beschreibung
Beschreibung
by Rinsey Mills At the beginning of our period, directly after the Second World War, most... mehr
Menü schließen
British Vans & Pick Ups 1945-1965 #2# including Camper Vans

At the beginning of our period, directly after the Second World War, most light commercials were derived from passenger cars, usually small and of very limited carrying capacity. Typical of these was the Morris Eight van, which would struggle to cope with more than five hundredweight of potatoes or to reach 50mph. By comparison, the Ford Transit of 1965 would carry three times that amount, drove like a car and did 70 mph with ease. In between these dates, from the early 1950s, manufacturers had started to develop vehicles specially designed for the market, introducing larger light commercials which not only enabled bulkier and heavier payloads to be carried but also led to them being converted for alternative uses - most notably the camper van.

In this book the manufacturers - large and small - are dealt with in A-Z order:

The author gives a brief history of each and then provides detailed coverage of the various models produced, using the original manufacturers' publicity material for the illustrations not only to identify the vehicles but also to give the flavour of the times when they were to be seen going about their business.

A companion volume to the author's much-praised British Lorries 1945-1965, this is not only a reliable and comprehensive reference book but also via its illustrations a pleasing evocation of earlier times on Britain's roads.