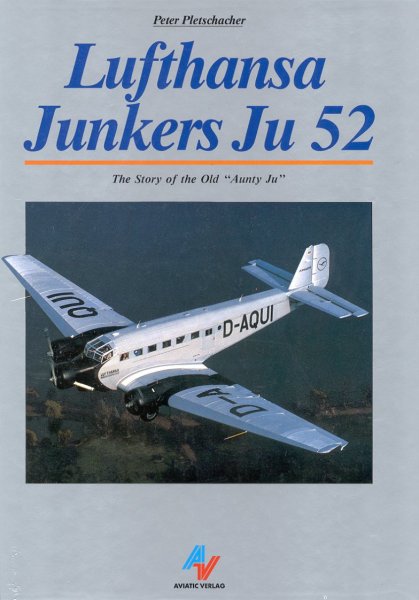 Description
Description
by Peter Pletschacher Hardly any other aircraft type is as popular as the three-engine Ju... more
Close menu
Lufthansa Junkers Ju 52 — The Story of the Old "Aunty Ju"

Hardly any other aircraft type is as popular as the three-engine Ju 52. The safety, reliability and economy of the good old "Aunty Ju" were proverbial back in the thirties.

Only a few of these corrugated metal machines have survived half a century. One of these veterans has been flying for some years in the old Lufthansa livery and serves both as a reminder of the pioneering era of air transportation and of the great tradition of the German aircraft industry.

This book traces the life of the eternally young Aunty Ju, describes the achievements of Professor Hugo Junkers, the early years of air transportation and the adventurous life story of this traditional Lufthansa aircraft up to the time of its costly restoration in the Hamburg maintenance facility. A fascinating chapter of German aviation history comes to life again.