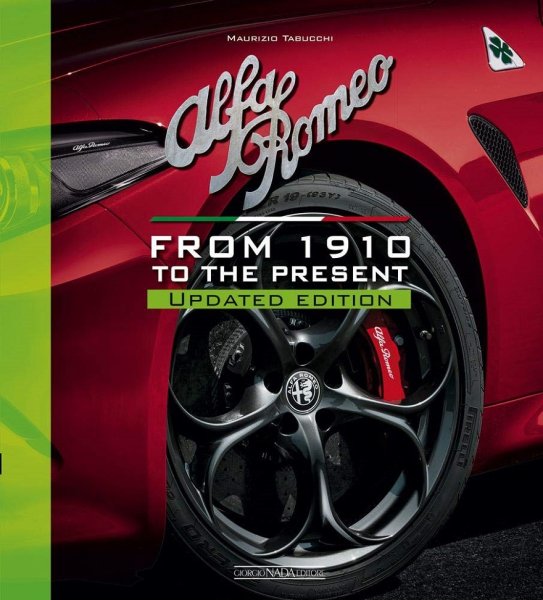 Description
Description
by Maurizio Tabucchi 110 years have passed since Alfa Romeo was founded. A name that has... more
Close menu
Alfa Romeo — From 1910 to the present (Updated edition)

110 years have passed since Alfa Romeo was founded. A name that has become synonymous with cars, so important has its presence been both industrially and in motorsport. Over this long period of time, the celebrated Italian manufacturer has created cars that have become part of motoring history such as the 1900, the Giulietta, the Giulia and the Alfetta. At the same time, Alfa Romeo has enjoyed an outstanding sporting career, winning all of the most significant races and titles, among them the Mille Miglia, the 24 Hours of Le Mans, the Tourist Trophy and the Formula 1 World Championship.

This book, which first appeared in 2010 (under the title 'Alfa Romeo 1910-2010') when Alfa Romeo celebrated its first century, was written by the late Maurizio Tabucchi, an expert on the history of the marque, who passed away a few years ago. His work has now been updated to include all the latest models produced from 2017 to the present day such as the Stelvio and the Giulia Quadrifoglio Verde.

The book has been completed with an examination of the Alfa Romeo marque’s return to competition in partnership with Sauber, demonstrating that its “sporting heart” is still beating as strongly as ever.